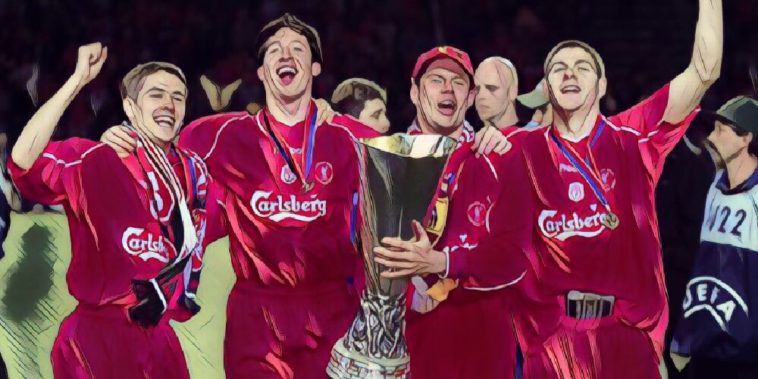 Let’s be honest. The Premier League hasn’t been as kind to Liverpool as the old First Division was.

The hunt for a League title is pushing on for 30 years, far too long for a club of their stature. It’s not for want of trying though and there have been plenty of moments of magic along the way, many of which were inspired by players who dedicated much, if not all of their careers to bringing the glory days back to Anfield.

One of the most naturally gifted strikers to ever grace the Premier League. He scored on his debut and then just kept on putting the ball in the back of the net. Two weeks later he scored five goals in a single game, that was in the League Cup but it only took him five games to bag a hat-trick in the League.

While he never won the league with Liverpool he did enjoy success in the cups winning the FA Cup, League Cup. Uefa Cup and Uefa Super-Cup in a single season and scored 120 goals over two spells at the club.

285 League appearances for Liverpool isn’t bad, but in truth it should be so much more. Reine joined Liverpool just after they had won the Champions League and immediately took over as number one, taking over from Jerzy Dudek who had been such a hero just a few months before.

He proved his worth immediately becoming the Liverpool  ‘keeper with the fewest goals conceded in his first 50 games. In total he made just shy of 400 appearances for the club but when Barcelona expressed interest in signing him, Liverpool made plans for his departure and signed Simon Mignolet.

That deal to Barca fell through but, having already signed Mignolet, Reina was loaned out to Napoli. As the story goes, Reina knew nothing of the loan deal when it was agreed and so despite being a first team regular at the club he found himself, very suddenly, surplus to requirements. It’s ok though, he probably wouldn’t have gotten his game anyway because Mignolet’s been so great ever since…

Finnish central defender Sami Hyypia grew up supporting Liverpool so it was a dream come true for the big man when he signed for the club for £2.6 million. He often wore the captains armband for the club and over his ten years at Anfield helped them to win pretty much every cup competition in the game, including of course the Champions League in 2005.

Captain fantastic, Steven Gerard had plenty of chances to leave Liverpool throughout his career but it was his boyhood club, it meant everything to him and in truth he gave everything to it. He pulled on Liverpool’s jersey a total of 710 times scoring vital goals (186) and dragging his side through games to victories and trophies they never would have won without him.

Like Hyypia, Gerrard saw most of his success in the cups winning everything possible except the Premier League. You can read all about his achievements here.

Alright, the less said about Jamie Carraghers’ recent headline-grabbing exploits the better but as a player he was everything a Liverpool fan would ever want.

Committed, hard-working and honest, he began his career as a full back but found his best form at centre back where he often partnered the aforementioned Sami Hyypia.

A one club man, respected, (generally), by fans up and down the country, Carragher is a true Anfield legend and it’s no surprise that all three of Liverpool’s all time Premier League appearance makers played together in what was the clubs most successful period since the end of the 80’s.