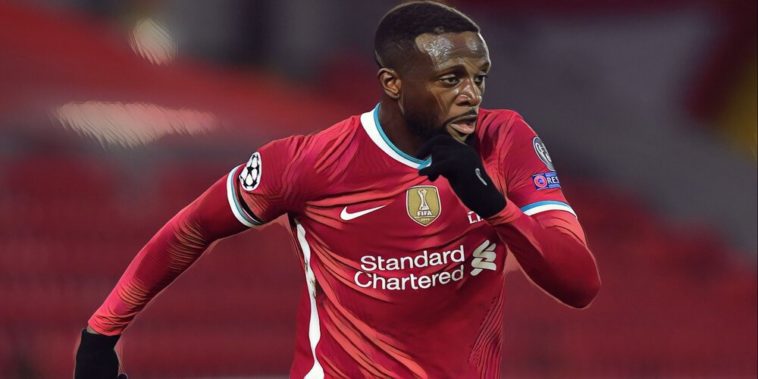 Liverpool are looking to raise £60million through the sale of fringe players as the Reds look to increase transfer funds for their summer recruitment.

Jurgen Klopp is keen to invest in his squad this summer following a challenging 2020/21 campaign, with the club having already moved to secure the signing of Ibrahima Konate in a £35m deal from RB Leipzig.

Further incomings are expected at Anfield, though Liverpool will need to make sales in order to raise funds with The Athletic reporting that Marko Grujic, Divock Origi and Harry Wilson are amongst those expected to leave.

Grujic has spent much of his five-and-a-half-year spell on Merseyside out on loan with the midfielder having spent last season with Porto, having enjoyed previous stints at former club Red Star Belgrade, Cardiff and Hertha Berlin since becoming Klopp’s first signing back in 2016.

The Serbia international impressed during last season’s venture to Portugal and Porto are understood to be keen on securing a permanent deal, whilst there is also interest from clubs in Italy and Germany with Liverpool hopeful of commanding a fee in excess of £15m for the 25-year-old.

Wilson is another player who has struggled for a first-team opportunity at Liverpool, though has impressed during loan spells away after coming through the academy ranks.

The 24-year-old scored seven goals and provided 11 assists for Cardiff in the Championship last season, having previously had productive spells at both Bournemouth, Derby and Hull.

Wilson had come close to joining Burnley on a permanent deal and has been linked with Leeds of late, whilst Origi also looks set to leave in search of first-team football after finding himself out ot favour.

Origi became somewhat a cult hero on Merseyside for his penchant for scoring important goals and his role in Liverpool’s 2018/19 Champions League triumph, though made just two league starts last season and was left out of Belgium’s squad for Euro 2020.

Liverpool value each of that trio at around £15m, whilst Xherdan Shaqiri and Takumi Minamino – the latter spending the second half of last season at Southampton – will also leave if suitable offers arrive.

Taiwo Awoniyi, Loris Karius, Sheyi Ojo, Ben Woodburn and Liam Millar are the other fringe players who could be moved on.