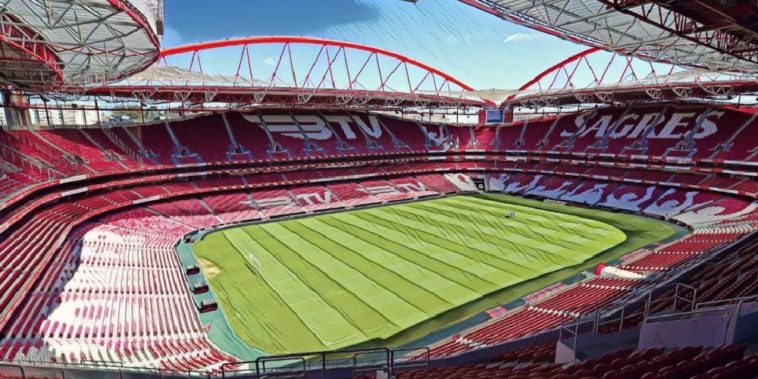 Lisbon is in line to host the conclusion of the Champions League with a ‘World Cup style’ mini-tournament set to take place in the Portuguese capital.

UEFA has remained committed to finishing its two major tournaments following the conclusion of domestic leagues, with plans underway to alter the format of both the Champions League and Europa League to conclude each competition in August.

According to the Telegraph, quarter-final and semi-final ties could be changed to one-legged encounters in similar style to the World Cup, with the remainder of the tournaments set to be played over a period of 11 or 12 days.

Despite the changes to the last eight onwards, second legs of remaining last-16 ties – including the reverse fixtures of Manchester City against Real Madrid and Bayern Munich against Chelsea – are expected to be played.

The Champions League final was originally scheduled to take place at the Ataturk Stadium in Istanbul on May 30, though the location of the final is now likely to change with a host of cities having registered their interest in hosting the tournament.

The report adds that Frankfurt and Moscow are among the cities to have registered their interest, though the latter is believed to have been ruled out due to the high rates of Covid-19 in the Russian capital, while the Mayor of Madrid has thrown his city’s name in the hat to host the final for a second successive year.

Lisbon has emerged as the favourite to host the tournament, with three major stadiums – the National Stadium, Benfica’s Stadium of Light and Sporting Lisbon’s Jose Alvalade Stadium – making the Portuguese capital an attractive location.

It remains to be seen whether Lisbon would also host the latter stages of the Europa League, though Frankfurt is believed to be keen on Europe’s secondary competition if the German city is overlooked for the Champions League, with the likes of Manchester United and Wolves still involved.

Istanbul – which had not been keen on the prospect of a Champions League final without fans – is expected to be given the chance to host another final, with UEFA considering asking St Petersburg, Munich and London – the hosts of the next three finals – if they are prepared to wait a further year.