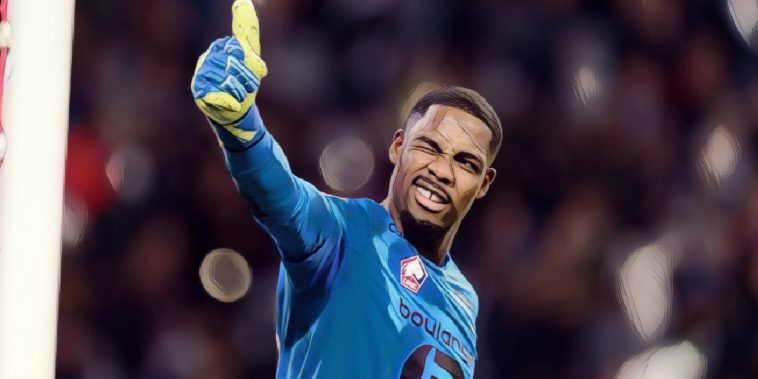 Tottenham are reportedly interested in a deal to sign Lille’s Mike Maignan with Jose Mourinho said to have made the goalkeeper a ‘priority’ signing this summer.

The north London side are keen to strengthen with a host of new additions anticipated this summer, Mourinho desperate to bolster his squad following a stuttering season that has left the club facing the prospect of missing out on a top-four finish and Champions League qualification.

The Spurs boss is believed to be keen to sign a new centre-back, left-back and striker amongst his summer recruitment, whilst French outlet Le10 Sport report that a goalkeeper is also high on his list, with Lille’s Maignan said to be a ‘priority’ of the Portuguese.

Mourinho was spotted at the Pierre Mauroy stadium on a number of occasions before his return to management last November, with Lille currently sitting fourth in Ligue 1, possessing a squad full of much-sought-after talent, including Boubakary Soumare and Victor Osimhen.

Maignan has starred since establishing himself in the first-team at Lille three years ago, helping the club qualify for the Champions League last season and producing a series of impressive displays in Ligue 1.

The 24-year-old was named as the division’s leading goalkeeper last season and has kept 12 clean sheets during the current campaign – the most in France’s top-flight alongside Stade de Reims’ Predrag Rajkovic.

Maignan’s arrival at the club could spell the end for club captain and compatriot Hugo Lloris, the 33-year-old having struggled to find his best form this season after missing a large period of the campaign with a dislocated elbow.