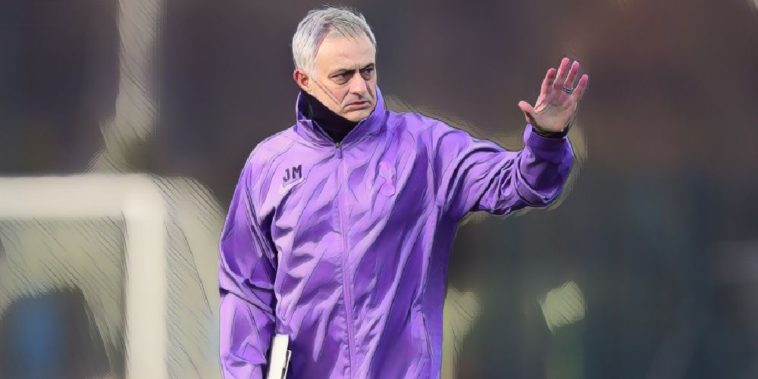 Tottenham have been left ‘unimpressed’ after pictures emerged of manager Jose Mourinho holding a public training session despite the government’s lockdown measures amid the coronavirus crisis.

Mourinho was bizarrely pictured on Hadley Common in north London ignoring government health advice, with the Spurs boss holding an individual training session with club-record signing Tanguy Ndombele – the midfielder having struggled for both form and fitness since his arrival from Lyon last summer.

Footage emerged of the Spurs boss – far from discreet in full club training gear – holding the makeshift training session with Ndombele in Barnet, whilst two other members of the club’s squad in Davinson Sanchez and Ryan Sessegnon were also pictured running together locally.

According to the Evening Standard, officials at the north London side have been left ‘unimpressed’ by Mourinho’s actions, the Portuguese ignoring government advice for social distancing with outdoor exercise only permitted with one other person who shares the same household.

Mourinho has been reprimanded by the Spurs hierarchy following his careless actions, with a club official insisting all players and staff have been reminded to respect the government’s measures amid the global pandemic.

A Spurs spokesperson told the paper: “All of our players have been reminded to respect social distancing when exercising outdoors. We shall continue to reinforce this message.”