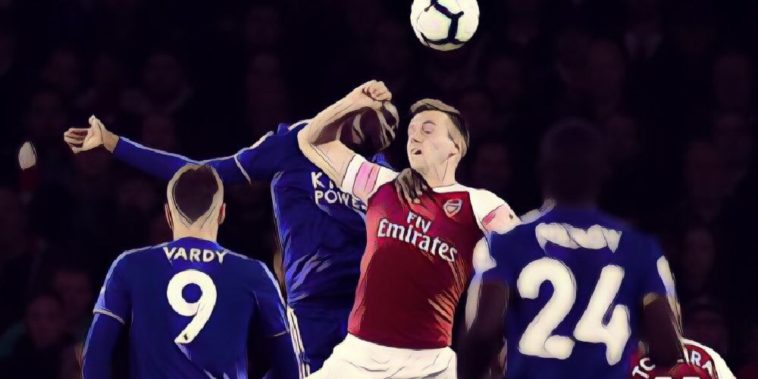 Leicester City manager Claude Puel has said he is angry at his side being denied a first-half penalty against Arsenal this evening.

With the scores at 0-0, Leicester were denied what looked to be the most stonewall penalty you have ever seen, when Rob Holding – who had already been booked – seemingly punched the ball clear in the area.

However, despite the blatant handling of the ball, referee Kavanagh decided not to point to the spot, and in turn not brandish a second yellow card to the Arsenal defender in what could have been a decisive moment.

Leicester did take the lead just a few minutes later, only for a Mesut Ozil inspired Arsenal turning it around to win the game 3-1 and extend their winning run to 10, however it was the first-half incident that left the Foxes boss incensed.

“I am angry about this decision because all the good work from my players was not helped. I thought it was a penalty, we saw this from the bench, all the people in the stadium saw this penalty and it was handball,” Puel told Sky Sports.

“It is not possible to have another decision other than a penalty and also it was another yellow card and sending off.

“I didn’t speak to the referee afterwards because it is finished and we can’t come back with another decision. But I regret this decision because all the people in the stadium saw this decision was wrong.

“The penalty is an important thing but also afterwards we needed to score more and be more clinical.”