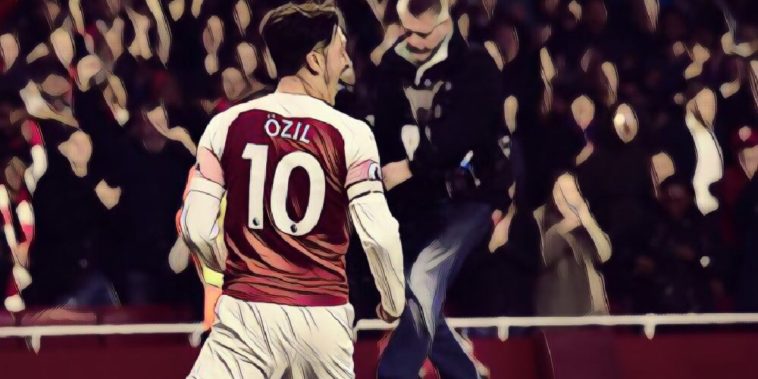 Arsenal defender Shkodran Mustafi has praised the abilities of his teammate and compatriot Mesut Ozil after his superb performance against Leicester City guided The Gunners to a 3-1 win at the Emirates.

Leicester took the lead after Hector Bellerin diverted the ball into the back of his own net after a Ben Chilwell shot after half an hour. However, the hosts were level before the break when the star man Ozil stroked a fine effort past Kasper Schmeichel.

Arsenal secured the three points in the second half when Pierre-Emerick Aubameyang netted a brace within three second-half minutes to extend their winning run to 10 games in all competitions, leaving Gunners defender Shkodran Mustafi to praise the now former Germany international.

“We finished the first half well and it was important to get the equaliser. It gives you motivation for the second half and keep pushing then we did some brilliant play,” Mustafi told Sky Sports.

“You can to give credit to the whole team, it started off with the goalkeeper and it gives us confidence for the next game. I am happy for Pierre-Emerick Aubameyang who came on and scored twice. Every player in this team has shown they are important and everyone coming in tries to give everything.

“I do not have to tell you how good a player Mesut Ozil is, he has shown that. When you give him the opportunities in his favourite position behind the striker, he has the capability of doing everything – making goals and scoring. He can make us look very dangerous going forward.”