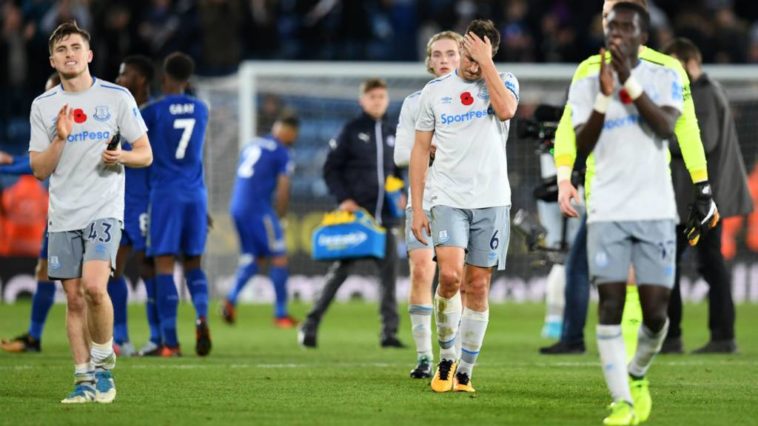 Claude Puel’s Leicester career got off to a perfect start as a comfortable win leaves Everton languishing in the bottom three. Here’s five things we learned.

Gray’s career so far at Leicester has definitely been a mixed one. Since signing for the club from Birmingham in 2016, Gray has struggled to hold down a starting position under the reigns of both Ranieri and Shakespeare.

However, the appointment of Puel could mean a fresh start for Gray and he definitely repaid the managers faith in this game as the Everton back line struggled to deal with his pace and skill.

Making his first Premier League start in a month, Gray put in a man of the match performance. It was Gray’s magnificent run from his own half that helped set up the first goal and he then managed to get one himself, even if there was a lot of luck involved. Gray will now be hoping to push on and fulfil his potential.

Puel, the right man after all?

Although in the second half Leicester seemed to drop off and let Everton push forward more, the first half was completely different as the Foxes looked the much more threatening team.

Leicester looked extremely dangerous on the counter with a pacey and skilful front three of Vardy, Mahrez and Gray. The tactic was similar to the one that saw Leicester win the league in 2016, let teams have more of the possession but hurt them on the break.

There have been many questions raised about Puel’s appointment due to his time at Southampton where fans complained the football was too slow and cautious. However, if Puel can get more performances from his team like the Everton one then that will all be forgotten.

On Wednesday night Everton put in an uninspiring first half performance against Chelsea which saw them go into the break a goal down. In the second half they were a completely different side and could have won the game.

Against Leicester it was a fairly similar story, accept the second half performance in this game arguably didn’t merit an Everton victory.

The game was pretty dismal from an Everton point of view and although it didn’t look likely that an Everton comeback was going to be staged, the second half was much better. Everton had much more of the ball and were pressing the Leicester defence causing some problems.

If Everton had started the game like they had in the second half then they may have got something from it as they looked a much more comfortable team compared to the first half.

Everton may have a relegation fight on their hands

It’s crazy to think that this sentence is even associated with Everton this season, but. Judging by performances and their position in the league, you could argue Everton are in a relegation fight. Even at this early stage.

That’s the way caretaker manager Unsworth sees it, he said in an interview after the game: “You have to be honest, we are where we are and if we continue like this then we are [in a relegation battle]. We need three points quickly.”

Although realistically Everton should be fine as it is only early. You cannot dismiss the possibility of it just because Everton are too big of a team to be relegated. In order for Everton to hit 40 points they will now need nine wins and five draws and it is currently hard to see where that is coming from.

A spanner in the works for Unsworth

Unsworth did not hide his desire to take the Everton job on a permanent basis and for many Evertonian’s it is hard to stomach the possible truth that Unsworth may not be the answer at this current time.

The self-proclaimed Everton fan showed signs on Wednesday night that he may be able to turn Everton’s fortunes around but that currently doesn’t look the case after the Leicester performance.

Unsworth has dived head first into a complete an utter mess. He will take no blame for the current predicament and rightly so as it has nothing do with him. However, Everton may need someone with more experience in the Premier League if they are to get themselves out of the trouble they find themselves in and sadly Unsworth does not provide that.