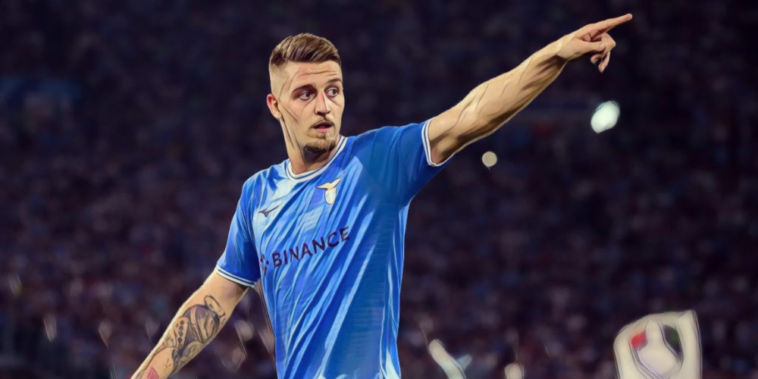 Lazio have placed a £105m price tag on Sergej Milinkovic-Savic as the midfielder continues to be linked with a move away from the club.

Milinkovic-Savic has entered the final 18 months of his contract at the Serie A side and his future has again been in the headlines, with Manchester United understood to be long-term admirers. United considered a move for the Serbia international during the summer, having failed to agree a deal for Barcelona’s Frenkie de Jong.

The 27-year-old has been named as a regular transfer target for Europe’s top clubs during seven seasons at Lazio, where he has cemented a reputation as one of Serie A’s best talents.

The midfielder has started the new season in excellent form with a league-leading seven assists from nine appearances.

Last season, he was one of just two players to record 10+ goals and 10+ assists in the division, alongside Sassuolo’s Domenico Berardi.

Lazio owner Claudio Lotito has discussed Milinkovic-Savic’s future and insists it will take a bid of £105m to prise the midfielder from the The Stadio Olimpico.

Lotito told Il Messaggero, as per the Daily Mail: “I have no agreement with his agent [Mateja] Kezman to sell him to Juventus or anyone else in the winter.