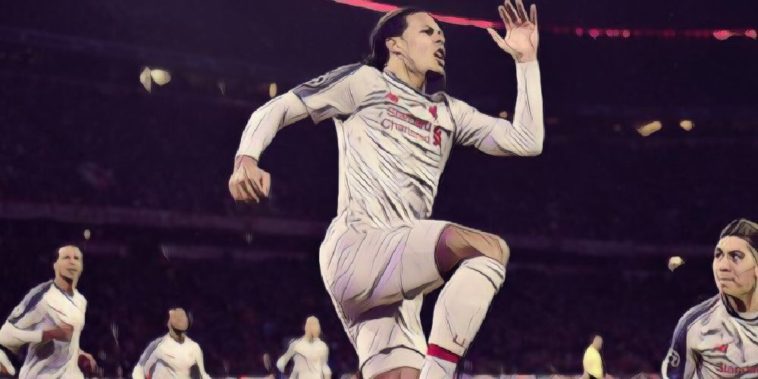 Mark Lawrenson has said that Virgil van Dijk simply has to win the PFA Player of the Year award this season after watching him put in another commanding performance for Liverpool.

The Big Dutchman become the world’s most expensive defender of all time in January 2018 when Liverpool shelled out £75 million for his services, but that price tag is already looking like an absolute bargain, as he put in yet another dominant display to help the Reds ease past serial Bundesliga winners Bayern Munich, 3-1.

With both sides having played out a 0-0 draw at Anfield three weeks ago, and Liverpool not having won a game away from home in Europe this season, many thought that the Jurgen Klopp’s men would be in for a difficult evening in the Allianz Arena.

However, it was a generally comfortable performance for Liverpool, who dispatched of the Bavarian giants thanks to a Sadio Mane brace either side of a towering van Dijk header.

Having seen van Dijk shackle Bayern goal machine Robert Lewandowski at the other end, former Reds defender Mark Lawrenson was in a delighted mood, saying van Dijk should become the player of the year.

“Jurgen Klopp has got this one absolutely right. Liverpool made Bayern look ordinary and [while] it is not the same Bayern as two or three years ago, but Liverpool could not have played this any better,” Lawrenson told BBC Radio 5 Live.

“Virgil van Dijk has to win Footballer of the Year by a street.

“Liverpool’s front three were always a threat and in big games recently they had looked average but today as a front three they were outstanding.”