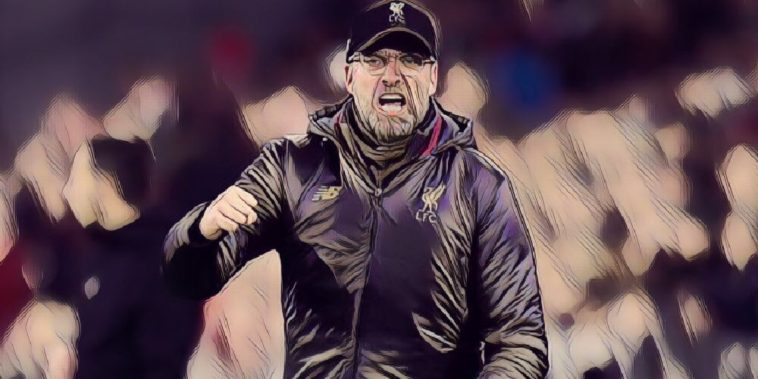 It is safe to say that after being a bit tetchy in recent weeks, Jurgen Klopp was absolutely buzzing to see Liverpool progress to the Champions League quarterfinals.

Last season’s beaten finalists moved into the last eight of the Champions League with a comfortable 3-1 victory over serial Bundesliga winners, Bayern Munich, who could only muster two shots on target.

A brace from Sadio Mane at either side of a towering header from Virgil van Dijk was enough to see Liverpool join Man City, Man Utd and Spurs in the quarterfinals, and Jurgen Klopp thought his side ‘absolutely deserved’ to go through.

“In a game like this you can never rest. It is absolutely deserved. It is so difficult to play here away at Bayern Munich,” Klopp told BT Sport.

“It is a big one. I am so proud of the boys. Jordan Henderson twisted his ankle. Hopefully it is not too serious. Making early changes is never a good time.

“The first goal, I will want to watch it back like 1,000 times! Defensively it was so good. We didn’t defend the way we do usually in the away games of the Champions League but today we did.

“Virgil van Dijk gives organisation on set-pieces and he is dangerous. He is a massive threat. The size we have and the power we have… it was a big goal.

“We scored the other two and could have scored another one with that chance for Mohamed Salah.”

However, Klopp denied that the victory was all the more sweet because it was against Bayern Munich, the great rivals of his previous club Borussia Dortmund.

“I didn’t just want to beat Bayern. I wanted to win with Liverpool,” Klopp added. “I am sure I will have a lot of fans happy from Dortmund and if I can help them, then that’s great too.

“It is a wonderful Champions League night for Liverpool again and that’s good. Somebody will play against somebody in the next game. The boys love this competition. They dig in and I like it. The desire was outstanding. All good!”