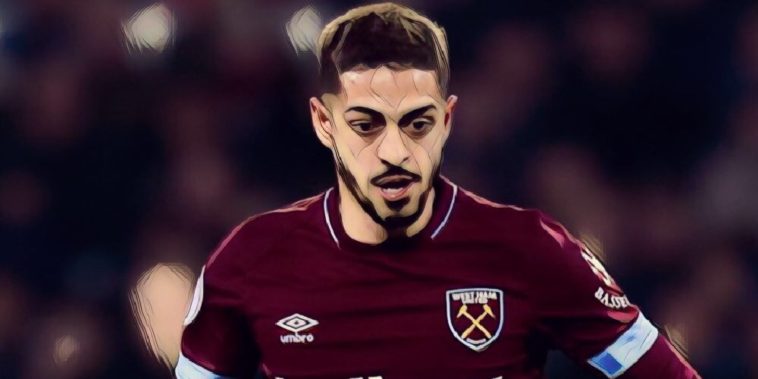 West Ham’s Manuel Lanzini has said that he is feeling ‘close to 100 per cent’ fit after making his long-awaited return to action following a serious knee injury.

The Argentine was expected to miss the entire season thanks to an injury to his ACL, but returned to action ahead of schedule for West Ham last Friday with a 15 minute cameo in the 3-1 win over struggling Fulham, before playing for 45 minutes against Man City on Wednesday.

However, despite his lengthy spell on the sidelines, the 26-year-old has said that he is feeling ‘strong’ and revealed that he has not experienced any reaction to his knee.

“It’s amazing to be back on the pitch and I am feeling like a player again and that is good!

“It was a very good recovery with two special guys and the recovery was long but good. For now, I feel I am getting stronger.

His return to action is the first time he has played under Hammers boss Manuel Pellegrini, who took over at the London Stadium in the summer, and Lanzini is looking forward to playing under the Chilean.

“Manuel is a very good coach and he was in very good teams, in amazing teams, and he likes players who play the ball and we have these players,” he added.

“We need to stay together and to understand all together, that’s it.”

Read also: Pellegrini happy with ‘reception’ but not ‘result’ on Man City return