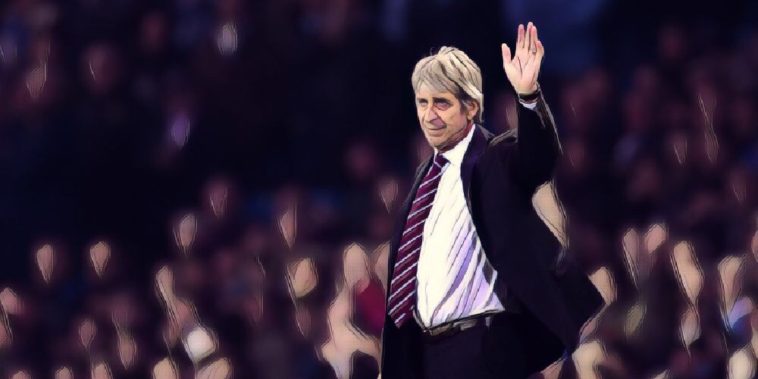 Manuel Pellegrini was pleased with the reception he received from the Manchester City fans on Wednesday evening, but he was left dissatisfied by the costly penalty West Ham United conceded.

Man City peppered the visitor’s goal with shots all night long, out-shooting their opponents by 20 to 2, but in the end a 59th minute penalty was all that separated the two sides.

Aguero, off the back of scoring in the League Cup final penalty shootout win over Chelsea on Sunday, scored the winning goal, but the Chilean manager was less than happy with the decision to award the penalty.

“I’m very happy with how the City fans received me. I’m very pleased with what they said,” Pellegrini told BBC’s MOTD.

“I’m not happy with the result because it was not a penalty. Bernardo Silva threw himself down when he felt a touch. Lanzini had the same thing but didn’t go down, so the referee didn’t whistle.

“The first intention was to play with Marko Arnautovic, but he woke up sick this morning. With three fast players in attack I felt we could have done more damage.

“The penalty was decisive for the result.”

West Ham drop to tenth in the Premier League table after last night’s results, level on points with Everton and one ahead of Leicester City.