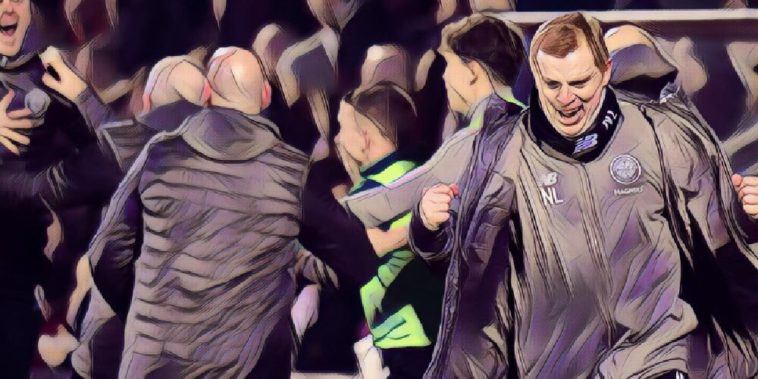 Neil Lennon admitted that he was ‘so nervous’ as he got his second spell in charge of Celtic underway on Wednesday night.

Lennon was only appointed as Celtic’s interim manager just 24 hours before the Hoops trip to Edinburgh to face Hearts following the departure of Brendan Rodgers to Leicester City.

It is, of course, the second time that the Northern Irishman has taken charge of the Scottish champions, previously managing the Parkhead based outfit between 2010 and 2014, winning three league titles.

Despite having plenty of experience of managing Celtic, Lennon said that he was still very nervous about replacing Rodgers, a man he described as ‘one of the best ever’.

“It was a great feeling, great moment and a nice way to win,” Lennon told BBC Scotland.

“It was joy, relief. I was so nervous before the game because it means a lot. I’m stepping into one of the best-ever’s shoes.”

The league leaders left it late to secure all three points with Odsonne Edouard scoring a 92nd-minute winner against 10 man Hearts at Tynecastle, and Lennon said that his side made it hard for themselves.

“We made it a lot more uncomfortable than it should have been. It was a sloppy goal to give away,” he added.

“We shouldn’t have given the ball away, all it does is give Hearts encouragement and something to hold on to.”