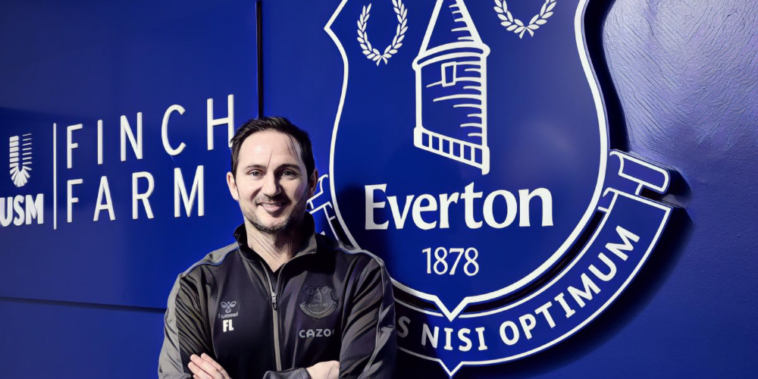 The jury remains out on Frank Lampard as a manager.

At Derby County he inherited one of the most expensively assembled squads in the Championship with the Rams having arguably underachieved under Gary Rowett the previous campaign, finishing sixth on 75 points. He left a season later having also taken them to sixth, accruing 74 points.

At Chelsea, there was a similar tale of relative stasis, with the Blues dropping a single league place and gaining six points fewer than before he came but in the great scheme of things such reductions hardly signify worrying regression, while it certainly doesn’t count as progress. Rather, as with Derby, it was a case of more of the same; a club standing their ground.

Granted, at the Bridge, Lampard had a transfer embargo to deal with, as well as losing the extravagantly gifted Eden Hazard, yet these factors are mitigated by the emergence of some terrific young talent in Reece James and Mason Mount. Furthermore, even minus Hazard and any new signings, it was a ferociously strong squad he had at his disposal and, in hindsight, the plaudits he received for coming fourth – including being shortlisted for that season’s Manager of the Year – was faintly ridiculous.

All of which means that two-and-a-half years into his coaching career we are none the wiser whether Frank Lampard is destined to become an elite manager or conversely if he is limited in ability. It could be postulated that in both jobs he steadied the ship in his first year in charge, and all while learning the ropes of an immensely challenging role. But it could equally be pointed out that once he had established himself at Chelsea, and spent £222m after the transfer ban expired, he failed with a team that would lift the Champions League just six months later under Thomas Tuchel.

Frankly, it would not surprise if Lampard himself was still unsure about his capabilities, beyond possessing the self-belief of a successful sportsman.

If there is still some confusion however regarding the 43-year-old’s coaching aptitude what is more straightforward is how such an unknown quantity – in purely coaching terms of course – got two plum jobs one after the other. In the first instance, the desirable position at Pride Park directly came about via the campaigning of his Uncle Harry, with Redknapp later revealing that his neighbour and Derby owner Mel Morris initially wanted an incoming man at the helm who had experience. As you would.

Chelsea meanwhile, targeted a club legend, an appointment based more on Lampard’s past achievements on the pitch in royal blue to what he had done in the Midlands.

If all of the above is somewhat distasteful and alarmingly unsophisticated for a multi-billion pound industry it should be acknowledged that this is how football has always worked, not all of the time but on occasion. In essence, it is the inversion of the snobbery Sam Allardyce once alluded to with his famous line about being called ‘Sam Allardici’, the then West Ham gaffer insisting that being a British manager had held him back.

In actual fact, being a British manager repeatedly benefited Allardyce many times over. He was a ‘good footballing man’, one of the inner-circle, and few individuals have better capitalized on the outdated ‘jobs for the boys’ mentality that is still prevalent in the domestic game. Can the same be said of Lampard? Recent developments suggest so.

To reiterate, it is annoying indeed to see cherished institutions that are football clubs behave like a small printing firm from Dudley – ‘Oh, you’re Dave’s cousin? Come and see me first thing Monday. I’ll make sure the better qualified candidate’s CV gets lost in the pile” – but accept it we must, or at least up to a point.

Because when the Everton vacancy opened up we once more saw the mechanisms of the old boy’s network kick into gear as journalists – who believe they are ‘Lamps’s good mate because he responds to them from time to time on WhatsApp – openly electioneer on his behalf, distorting recent history by claiming his attainment of a top four spot with Chelsea was nothing short of miraculous, by claiming him to be the obvious choice. When they were through Lampard was favourite for the job, portrayed widely as a ’big name’ and a proven winner.

Imagine for one moment a manager with a similar track record to Lampard’s being afforded such sycophancy and support. More so, imagine someone who didn’t win 106 caps for England; someone who doesn’t put a ‘Y’ on the end of a journalist’s name when chatting with them; someone who doesn’t have an influential uncle. Then ask yourself in what way are these feats and facets remotely helpful in rescuing the Toffees.

The jury remains out on Frank Lampard. He may resurrect Everton or he may sink them. Either way, he will always be blessed by having some very powerful voices in his corner.