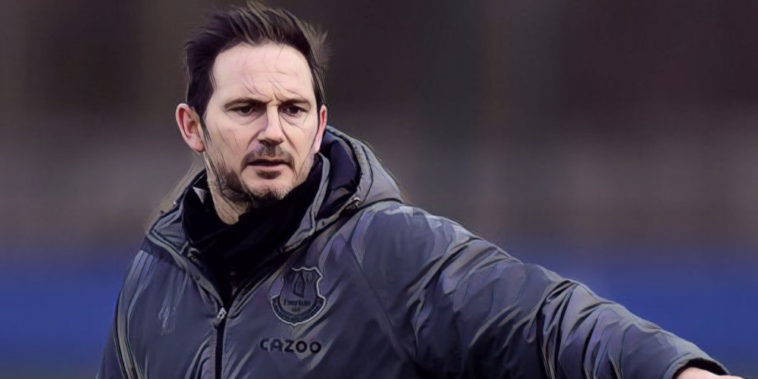 Frank Lampard wants Everton to get ‘physical’ with Liverpool this weekend as the two teams meet in the Merseyside Derby.

Everton take on their close rivals at Anfield on Sunday, as the Toffees look for precious points in their battle to secure Premier League survival.

Lampard’s side face a tough test against a Liverpool side in fine form at present, with the Reds unbeaten at home in the Premier League this season and the division’s form team since the turn of the New Year.

Jurgen Klopp’s team are yet to lose a league fixture in 2022 and have moved within one point of league leaders Manchester City in the title race.

Lampard accepts Everton will head into the clash as clear ‘underdogs’, but has called on his side to fight for a result and get ‘physical’ with their Merseyside neighbours this weekend.

”You have to use that as a positive. We have to fight until the last minute, no matter what happens. We are the underdogs, that’s clear. But we have to fight!”

“We expect players to be physical, but on the right side of the law. I hope the referee sees that. At Goodison, we have had yellow cards become red cards. Maybe at Anfield it doesn’t go that way.”