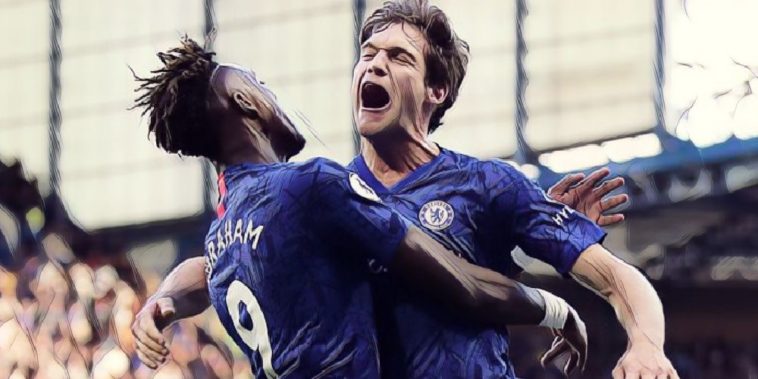 Frank Lampard admits he was pleased with his side’s display after seeing Chelsea secure a 1-0 victory over Newcastle at Stamford Bridge.

Marcos Alonso scored the only goal of the game in the second half as Chelsea made it three successive Premier League wins, victory lifting Lampard’s side into the top four ahead of Arsenal’s trip to Sheffield United on Monday night.

“Credit to Newcastle. You can see why they have got results this year,” Lampard said in his post-match press conference.

“In the first half we were a little safe and slow, not enough urgency or risk. That was the message at half-time.

“Getting one-on-one, should have more goals.”

Dominating against the Magpies. pic.twitter.com/4Kph1h2hQS

Lampard was also full of praise for the impact of substitutes Mateo Kovacic and Christian Pulisic, with the duo having impressed from the bench as Chelsea looked to be heading for a frustrating afternoon.

The Chelsea boss seemed relieved to have picked up a vital three points, and is keen for his side to continue their momentum as they push for a top four finish.

“I saw a spirit and energy of the team, keep picking up the wins and take nothing for granted,” he added.

“We had a problem in the game, but solved it. Kovacic was outstanding and Christian got at people.

“I am pleased, we have to play like that. We got our way.”