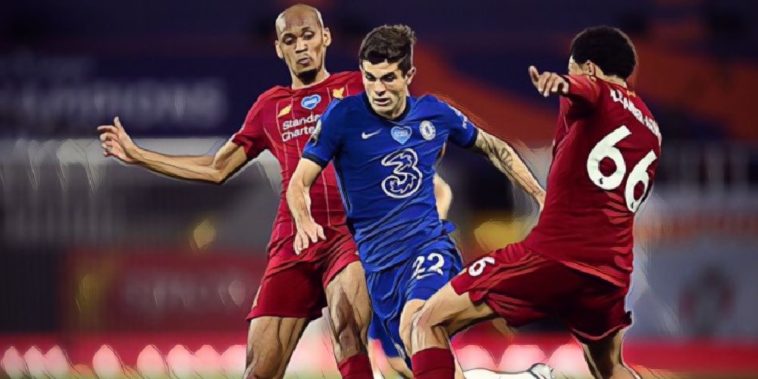 Pulisic has been one of the stars of the Premier League‘s restart and produced a scintillating display as a substitute during Chelsea’s 5-3 defeat at Liverpool on Wednesday night, coming off the bench to provide a goal and an assist to drag Lampard’s side back into the contest at Anfield.

The US international’s assist came in sublime fashion after an electric run which saw him ghost past four Liverpool challenges before crossing for Tammy Abraham to tap home from close range, while his goal saw him control the ball on his chest before firing past Alisson into the top corner.

The 21-year-old’s performance has led to ever-increasing comparisons with former Chelsea star Hazard, and Lampard believes the star will be a ‘big player’ for his side next season following his ‘incredible form’ since the resumption of the Premier League season.

Electric in his 32 minutes on pitch. ⚡️ pic.twitter.com/tM8RiOTpHC

“He is hugely important. He has had that impact,” the Chelsea head coach said at his post match conference.

“Since mid-season he’s had a really good patch, since the restart he has been in incredible form. Only the injury he picked up in the Norwich game has kept him out of the [FA Cup] semi-final when he is flying.

“Today he comes on and has 40 minutes, which is great for the injury to feel confident with it and shows the quality that he has been showing. He’s so young, he has got such natural talent. He scores goals, he creates goals and he is a big player for us. Delighted to see him come through fit. Clearly he will be a big player for us in these next few games but going forward as well.”