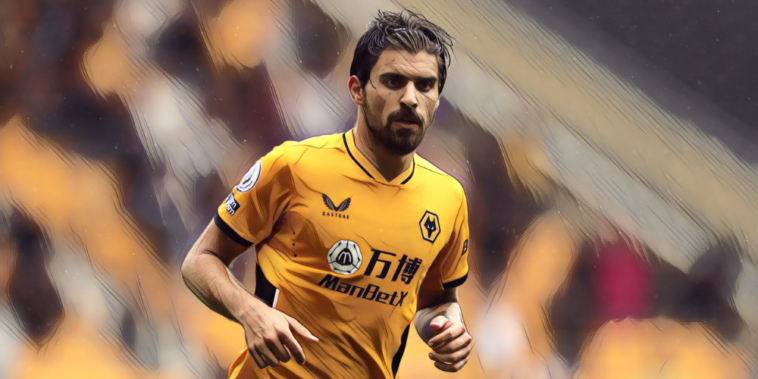 Bruno Lage has suggested Ruben Neves could cost suitors £100m this summer as interest grows in the Wolves midfielder.

Neves is being courted by several leading clubs ahead of the summer transfer window, with Manchester United, Liverpool and Barcelona among the sides reportedly considering an approach.

The Portugal international is in talks with Wolves over a new deal at Molineux, though interest is expected to be high in Neves this summer with Manchester United heavily linked with the 24-year-old as the Red Devils look to improve their midfield options.

Speaking at his pre-match press conference ahead of his side’s clash with Newcastle in the Premier League on Friday evening, Lage described the in-demand Neves as a ‘special player’ and insisted it could take an offer of £100m to prise the midfielder from Wolves.

“I don’t know if it’s Man United or other teams, what I know is we have a special player here with us. What he is doing this season is very good. I think also the way we play, he can show a better Ruben, and also the way he plays puts our team on a different level.

“When you have that player, the best thing to do is improve his salary and years of contract.

“But who knows, when you have a top player like him in that specific position, that can defend and attack, and is a top professional and a great man, the big teams are there with £100m to buy these kinds of players.”

Read – Darwin Nunez: Who is the Benfica striker Europe’s elite are set to battle it out for?