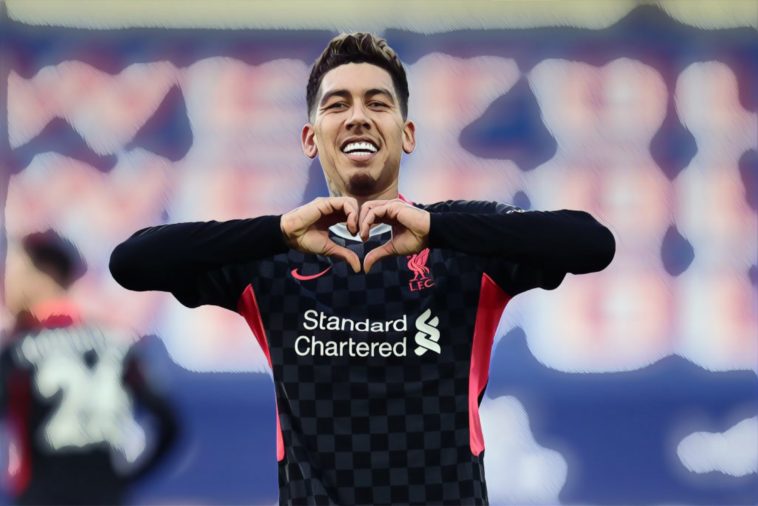 Liverpool boss Jurgen Klopp has heaped praise on Roberto Firmino and insisted that the forward is the ‘best offensive defender’ he has ever seen.

The Brazil international looks back to his best after suffering with injury and a lack of game time of late, having initially lost his place in the side to former Wolverhampton Wanderers man Diogo Jota, who has impressed since moving to Anfield last summer.

The 30-year-old capped his recent fine form with a hat-trick in last weekend’s 5-0 thrashing of newly-promoted Watford, taking his tally to six goals in just eight games thus far this season in all competitions.

Despite his recent goalscoring form, the former Hoffenheim man has at times been criticised for his goal output, albeit with his importance and value to the Merseysiders seemingly rarely questioned such is his excellent work-rate and link-up play.

Ahead of Sunday’s clash with Manchester United at Old Trafford – where Firmino scored twice at the back end of last season – Klopp has heaped praise on the forward for those unique, defensive-minded attributes.

“He is a connector; the best offensive defender I ever saw in my life. A very important player for us,” Klopp told his pre-match press conference..

“He’s a ball-chaser, incredibly smart tactically and able to play in the tiniest spaces; to make good decisions in really quick time.

“And on top of that he can score goals, which is why we are so happy when he rewards himself from time to time, like the hat-trick he got at Watford.”

The German also admitted he was pleased to see Firmino back among the goals at Vicarage Road last weekend.

“Everybody loves it when Bobby scores because sometimes you think he is a bit short of getting praise for the effort he puts in,” Klopp added.

“He is just a brilliant player and it really is a joy to work with him. It isn’t impossible to play our way without him because we do have options but when we started this years ago it was because Bobby could play the role. So he was very influential in all the things we did.”