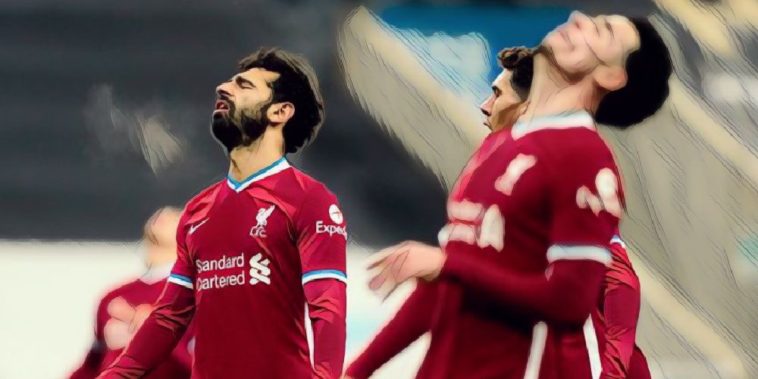 Jurgen Klopp has explained why he is unconcerned by Liverpool’s inability to score during their goalless draw with Newcastle at St James’ Park.

Liverpool endured a frustrating evening against the Magpies with home goalkeeper Karl Darlow in fine form, wasting a wealth of goalscoring opportunities to be held for the second successive Premier League fixture.

The draw leaves the champions three points clear at the top of the division, though second-placed Manchester United can now move level on points with Klopp’s side if they win their game in hand.

Klopp admits he was disappointed not to take all three points from a clash that the Reds largely dominated, though says he was largely pleased with his side’s overall performance.

“I’m not happy about the result but the game is already played,” he said at his post-match press conference. “I’m not overly frustrated or something like that – it’s football, if you don’t use your chances then it’s difficult to win a game.

“We just didn’t use the chances and that’s why I’m OK with the game. That’s it.”

The goalless draw was the first time this season that Liverpool have failed to score in a Premier League fixture, though Klopp insists he is not concerned by his side’s inability to convert their chances into goals.

“Look, not scoring is a concern if you don’t create. That’s how it is,” he added.

“If you create, it’s just momentum, it’s for now. But if you keep creating then you will score, that’s it. I know we will score again, that’s not our problem in the moment.

“We needed to show a reaction from the second half against West Brom because in that game we lost the plot a little bit in the second half, it looked for me like we were 1-0 down not 1-0 up.

“Tonight it was a very good reaction on that, without getting the result. But we all know: you win this game 1-0 and everybody is over the moon. And we should have won it at least 1-0, but we didn’t. That’s what we have to accept.

“But I can work with this performance, that’s important. I can work with the things I saw tonight. We can build on that, we don’t have to now change massively in the next three or four days and say, ‘OK everything is going wrong, we have to try to compete another way.’ That’s why I’m OK, that’s it.“

Liverpool next travel to face Southampton in the Premier League on Monday night, before an FA Cup clash at Aston Villa on January 8.

Read Also – 2020 PL Table: Who would finish top six based on points won this calendar year?