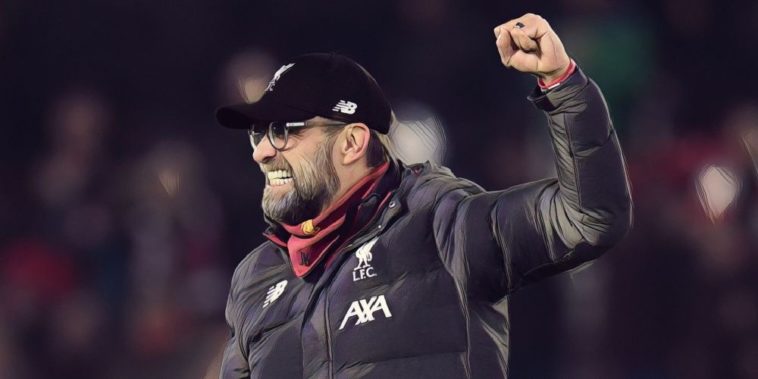 Jurgen Klopp has slammed the FA’s lack of ‘respect’ for the upcoming winter break, with the FA Cup’s fourth round replays set to be staged during the new mid-season break scheduled for February.

Liverpool are one of at least four Premier League sides that will require a replay to secure progression, the European champions surrendering a two-goal advantage to draw 2-2 against League One Shrewsbury in dramatic fashion on Sunday.

Klopp has previously called for replays to be scrapped in a bid to ease the congested nature of the English footballing calendar, and has now criticised the FA’s scheduling of their replayed fixtures.

The Liverpool boss has criticised the authorities for failing to respect the newly introduced winter break format, and says he will choose to field a youth side for the Reds’ second meeting with Sam Rickett’s third-tier side at Anfield next month.

“In April 2019 we got a letter from the Premier League, I think, where they asked us to respect the winter break, not to organise international friendlies or not to organise competitive games,” Klopp told Sky Sports.

“And we respect that. I said to the boys two weeks ago, ‘we will have a winter break’.

“It means we will not be there. It will be the kids who play that game.

“You cannot deal with us like nobody cares about it. I know it’s not very popular but that’s the way I see it. The Premier League asked us to respect the winter break. That’s what we do. If the FA doesn’t respect it we cannot change it. We will not be there.”

Liverpool fielded a team made up of youth players for their League Cup quarter-final meeting with Aston Villa earlier this season, the club having been scheduled to play two fixtures in the space of 24 hours on two different continents following their commitments to the Club World Cup in Qatar.

Klopp has been among the more vocal managers in demanding changes to the current football calendar, believing English football’s congested schedule and lack of rest is putting players’ welfare at risk.

Asked if they needed this rest, Klopp added: “It’s only in this country that you ask this kind of question. It’s a winter break. What do you think?

“I can give you the letter. We have to respect the players’ welfare and that they need a rest – mental rest and physical rest.

“That’s what the winter break is about and then another competition tells us it’s not that important. So we have to make this decision because the boys have family.

“The international players are never off so this is the week – and I said months ago, before I knew the FA Cup could come in between – that it’s a winter break. So we will respect it.”