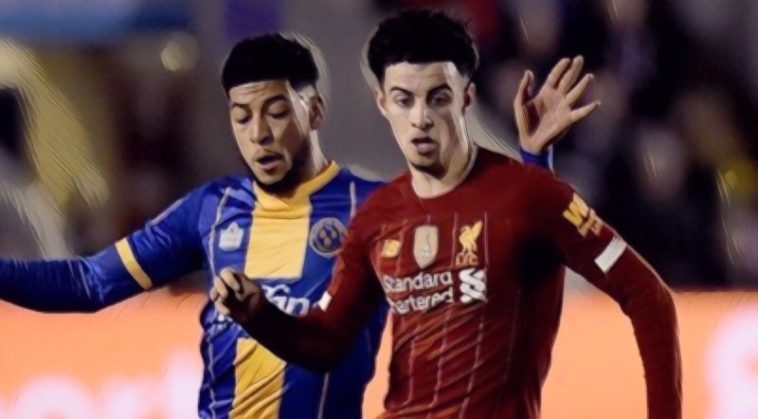 The FA Cup fourth-round action is almost complete, and as always, the on-field action has seen some big movers on the football stock exchange, Football Index.

Manchester United got back to winning ways with a resounding  6-0 win over Tranmere, while Man City romped into the last 16 with a 4-0 win over 10 man Fulham. Chelsea and Leicester also secured their place in tonight’s fifth-round draw, while Liverpool, Spurs, Southampton and Newcastle will all need a replay.

We’ve taken a look at how this weekend’s action has affected the Football Index share price of the Premier League’s talent, and as a special offer for The Football Faithful readers, you can now get a £20 free bonus when you sign up, just use the code FF20.

There was plenty of expectation when Liverpool brought Naby Keita over from RB Leipzig back in 2018, though it’s fair to say it hasn’t all gone quite to plan for the Guinean.

He did show signs of finally starting to make an impact, his share price reaching highs of £2.31 at Christmas.

However, Keita hasn’t featured for the Reds since the 1-0 win over Wolves in late December due to an injury, his share price since dropping to £1.96, though his appearance on the bench against Shrewsbury seems to have reminded investors of his existence, with his share price picking up by almost 3% in the last 24 hours.

Naby Keita dropped to the £2 mark now back from injury and in the squad today, he’ll be on the 📈#footballindex ⚽️📈🚀 pic.twitter.com/lg3BceZB4b

The young Scouser is yet to make an appearance in Liverpool’s first team, but his 6p rise makes him one of the biggest risers from English clubs, even though he wasn’t even on the bench for the Reds 2-2 draw with Shrewsbury on Sunday evening.

Work that one out.

The rise of this boy just carries on, an unknown when he moved from Ituano to Arsenal in the summer, he has already netted 10 times in all competitions for the Gunners.

Priced at £1.26 in late August, the Brazilian’s shares now up a staggering 184%, and his impressive breakaway goal against Chelsea in midweek prompted further rises, his shares soaring from £3.15 in the last seven days alone.

With Arsenal in action this evening against Bournemouth, he is likely to be offered further chances to impress, and despite his impressive rises, there could be still plenty more value to be had from the boy from Guarulhos.

High praise for our young Brazilian, Gabriel Martinelli from Mikel Arteta! He has a chance to score 3 goals in 3 games tomorrow against Bournemouth in the FA Cup… #afc pic.twitter.com/zcS2ITcaM8

What a season this man is having after he finally added some end product to that electric pace of his.

While Martinelli has been a very impressive riser on the Football Index platform, Adama’s recent rises have been even more incredible, the Barcelona academy graduate rising by 214% since just November, and up 61p in the last week alone thanks his three assists in his last two outings, and even though Wolves haven’t played this weekend, he is still one of the Premier League‘s biggest risers.

Has been linked with moves to the likes of Liverpool, Man City and Barcelona in recent months, and certainly looks like a player whose shares are certainly only going one way for now.

In English league football, he has completed a dribble once every 11.2 minutes on average.

The Rock 🤝 Adama: The Most Electrifying Men in Sports Entertainment. pic.twitter.com/RSWLnjgkas

After netting a peach of a strike in the FA Cup third-round fixture against Everton, the teenager found the net again to open the scoring against League One side Shrewsbury, to secure his place as the largest riser on the football stock exchange.

The youngster’s stock has risen from £1.74 before his Merseyside Derby winner earlier this month, and with Liverpool being pegged back to a 2-2 draw, Jones is likely to feature again in next week’s replay, so he certainly could one who is worth investing in.

Remember, if you want to start investing, you can claim a free £20 signup bonus by using the code FF20.
Please gamble responsibly, for more information please visit https://www.begambleaware.org/.

See also – Tweets of the Week: That feelgood factor, Peak Everton, and the Môn Maradona