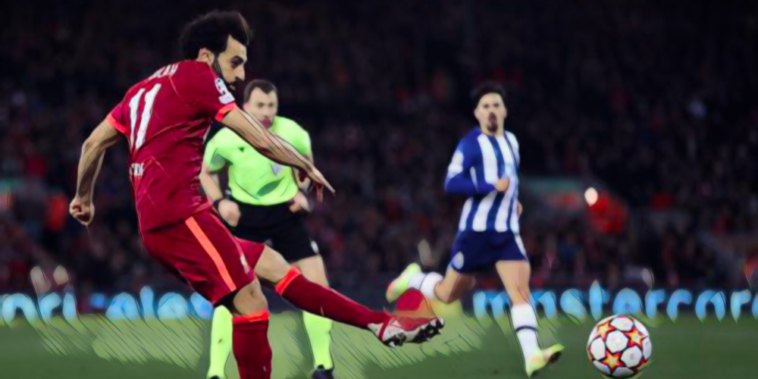 Liverpool moved a somewhat ridiculous 10 points clear at the top of Group B as they ran out 2-0 winners over Porto at Anfield to maintain their 100 per cent record in this season’s competition so far.

Liverpool’s victory over Atletico Madrid last time out meant that they had already qualified for the knockout stages and had done so as group winners, and while Jurgen Klopp decided to make a number of changes, the XI he sent out still possessed plenty of quality including Mohamed Salah and Sadio Mane.

Porto, who came into the game knowing a win would put them in the driving seat to qualify for the last 16, would fashion some presentable openings in the early exchanges, with Mehdi Taremi and Otavio both spurning opportunities to take the lead.

After a slow start from the Premier League side, it looked as though Liverpool had taken the lead as Sadio Mane got in behind the Porto defence before firing past Diogo Costa, only to see VAR rule it out for a marginal offside.

The Reds would go in front seven minutes after the restart, however, Alex Oxlade-Chamberlain’s deep free-kick being cleared by the Porto defence, only for Thiago Alcantara to meet the ball superbly on the half volley, cutting through the ball to fire home a thunderous strike that skidded off the Anfield turf from all of 25 yards.

THAT IS WORLD CLASS! ✨

Wait for the angle from behind… 🤤 pic.twitter.com/21X1XkxW1W

Following Thiago’s strike, Liverpool were in total control of the contest, and doubled their lead with 20 minutes to play, Mohamed Salah receiving the ball from Jordan Henderson, cutting into the box and drilling past Costa at his near post.

Speaking after the game, Jurgen Klopp admitted his reshuffled side ‘were a bit hectic’, though he was happy to see minutes being spread around his squad, praising youngster Tyler Morton who made his Champions League debut.

“It was good, we could have done better and been more calm n the first half but we were a bit hectic,” he told BT Sport. “That is not unusual when you put a team out that has not played together a lot. Some people think we might play an easy game but we were not here for that, Anfield is sold out so we want to go (for it).

“Thiago’s goal, wow! It is so important, so many good things happened tonight, players got minutes, rhythm, confidence, nobody got hurt, our head of rehab said give James Milner 15 minutes and he got 12 or 13. Jordan Henderson played, Andrew Robertson came on and the right players could get rested like Trent Alexander-Arnold, who should not play all the time.

“If you are in our squad, you are good football player. I have in the business long enough not to throw players in who are not ready. Neco Williams can play, people might be surprised with Tyler Morton but he did exceptionally well. He is a good player and really pleased for him that he put a performance in like this.”

While Liverpool sit at the top of the group with a 100 per cent record after five games, Porto, AC Milan and Atletico are separated by a point going into the final group game in the so-called Group of Death, with Liverpool travelling to the San Siro on Matchday 6 while Porto host Atleti.