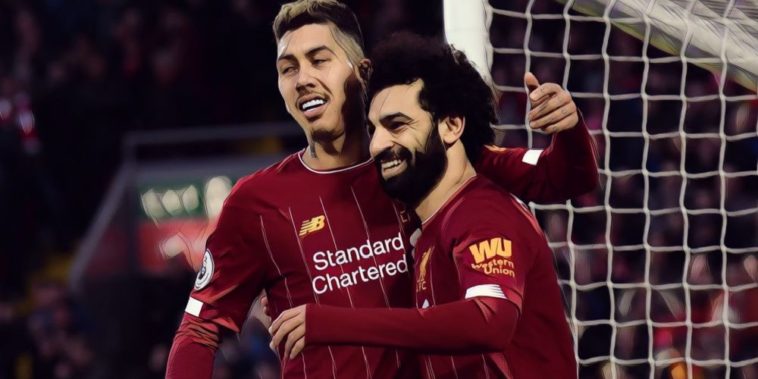 Jurgen Klopp has praised the performances of Mohamed Salah and Roberto Firmino following the duo’s display in Liverpool’s 4-0 win over Southampton.

Liverpool extended their lead at the top of the Premier League to 22 points following a ruthless display of attacking football, Salah scoring twice to take his tally to five goals in his past six league appearances and 18 for the season in all competitions.

The Egyptian winger’s brace saw him move within three goals of leader Jamie Vardy as he seeks to secure a third consecutive Golden Boot, whilst he also now possesses the best goals-per-game ratio of any player in the club’s history.

Fellow forward Firmino also starred during the victory over Ralph Hasenhuttl’s side and provided three assists for the afternoon, with Klopp full of praise for the contribution of his attacking stars, rubbishing previous criticisms that Salah is overly selfish in front of goal.

“A week ago people were talking about Mo Salah,” the German said in his post-match press conference. “Mo was never selfish, or more selfish than he should be.

“A striker in the right position, we have seen goals from Mo where he scores in between four players and finds the roof of the goal.

“Then when you don’t score people say you should have passed here or there.

“He was very unselfish [against Southampton] and he got the balls back so he could score.

“Bobby is just exceptional, a very football smart person, I do not know a player like him, that is true.

“But even a player like Bobby needs an address where he can send the ball, because he cannot take the ball and turn and run alone. How he uses the skills of his mates is special.”

Read – Premier League Team of the Week for gameweek 25