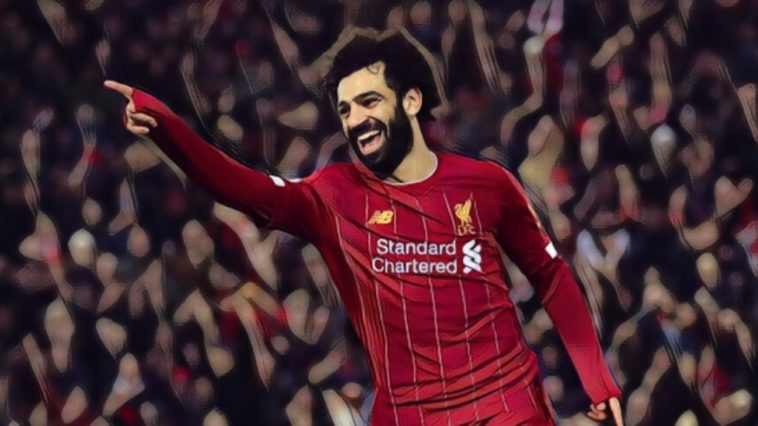 Jurgen Klopp’s Liverpool continue to set records tumbling and registered their latest win by thrashing Southampton at Anfield this weekend, opening up a 22-point advantage as nearest challengers Manchester City and Leicester both dropped points.

Down at the bottom, Bournemouth overcame Aston Villa in a huge meeting between the two struggling sides, whilst West Ham and Brighton exchanged six goals in a thrilling draw at the London Stadium.

It’s that time of the week again when we compile the best XI from the weekend’s action, here is our Premier League Team of the Week…

Jose Mourinho would get the better of Pep Guardiola in the meeting between two of the game’s great coaches at the Tottenham Hotspur Stadium, Spurs capitalising on their man advantage to beat Manchester City 2-0.

Mourinho would have goalkeeper Lloris to thank for providing the platform for a precious home victory, the Spurs captain having returned from injury in recent weeks and showing just why he remains so important to the north London side this weekend.

The Frenchman would save well to deny Sergio Aguero, before guessing right to deny Ilkay Gundogan from the spot with the game goalless.

Oleksandr Zinchenko’s red card would later swing the momentum in favour of Spurs, but the hosts had their number one to thank for keeping them in a game in which they were dominated for large parts.

Carlo Ancelotti’s Everton revival continued in fine style with a stunning comeback win against Watford, the Merseyside club coming from two goals down to snatch a late victory at Vicarage Road.

It’s now just one defeat in their past 10 league matches for the Toffees, who now remarkably sit just four points behind fifth-placed Tottenham.

Having not scored since Boxing Day 2018, Mina’s welcome brace would spark an impressive comeback for Ancelotti’s men and earns the towering defender his place in our Team of the Week.

It’s like waiting for a bus and all that…

Another defender who would make a huge contribution at the opposite end of the field, Rudiger would score both goals for Chelsea as they secured a 2-2 draw at fellow top-four contenders Leicester.

The Germany international would twice rise highest to head home from set-piece situations, firstly meeting Mason Mount’s corner at the back post to open the scoring at the King Power Stadium.

Having seen Leicester come-from-behind to lead in a topsy-turvy contest in the East Midlands, Rudiger would rescue a point for his side with another powerful header, towering above Ben Chilwell to meet Mount’s free-kick to earn Chelsea a vital point.

Good to score 2 goals, but I would have preferred the away victory …, we have to take the draw & keep working. Thx for the away support ???? #Hustle #AlwaysBelieve @chelseafc pic.twitter.com/RAgqL2HqK7

Sheffield United have shown themselves to be amongst the most resilient sides in the Premier League this season, and produced another display of defensive solidity to secure an away victory at Crystal Palace this weekend.

Key to their 1-0 victory and clean sheet was the performance of Irishman Egan, the defender back to his best and throwing himself in front of everything that would come his way.

Victory lifted Chris Wilder’s side to within five points of the Champions League places, and European qualification remains a real possibility for the Blades in what his proving to be a memorable season.

On an evening that was supposed to be all about another Portuguese midfielder, Neves took centre stage ahead of compatriot Bruno Fernandes during Wolves goalless draw at Manchester United.

The 22-year-old pulled the strings in the centre of the park in typically effortless style, asserting control over the engine room for his side as they secured a valuable point at Old Trafford.

The draw leaves Wolves eighth but just six points adrift of the top four, and Nuno’s side will be seeking to secure European football for the. second successive season.

A display of energy and drive from the Spurs midfielder, Winks did well to stay with the runs of Kevin De Bruyne as he looked to restrict the Belgian’s influence for Manchester City.

Covered the ground brilliantly as the north London side held on despite being dominated for long periods, before drawing the foul for Oleksandr Zinchenko’s second yellow card with a surging run forward.

His partnership with Giovani Lo Celso in the centre looked promising for Jose Mourinho’s side, as Spurs remained in the hunt for a top-four finish with a vital victory against the champions.

The Liverpool captain continues to play a hugely influential role in his side’s march towards an elusive league title, Henderson playing the best football of his career at present and once again starring as the Reds beat Southampton 4-0 at Anfield.

The England international would score his third goal of the season with a fine finish from Roberto Firmino’s cut-back, before providing an assist with a perfectly weighted ball into the path of Mohamed Salah.

The 29-year-old’s recent performances have seen him become the favourite for the Player of the Year awards, an honour few would have expected the once-maligned midfielder to be in contention for at the start of the season.

Should he miss out, however, he is likely to have the consolation of being a Premier League winning captain, Liverpool now 22-points clear at the top of the division.

West Ham may have thrown away a two-goal lead to drop points at home to Brighton, a result that leaves David Moyes’ side firmly in relegation trouble, but it is not for the want of trying from their Scotland international.

Snodgrass was the star turn during an entertaining 3-3 draw at the London Stadium, scoring twice to take his tally to five Premier League goals for the season.

The 32-year-old would also provide the assist for Issa Diop’s opener, and the Hammers will need him to remain at his creative best as the club look to move away from the drop zone in the coming weeks.

Jose Mourinho would hand his January signing his debut in a baptism of fire against the Premier League champions, though Bergwijn would show in his first appearance in Spurs colours that he has the potential to become a huge fan’s favourite in north London.

The Netherlands international would make himself an instant hero with a stunning goal to open the scoring, cushioning the ball and volleying home in some style as Spurs claimed a vital 2-0 victory.

Aside from his goal, the 22-year-old produced a tireless display of work-rate and endeavour, helping nullify the threat of Kyle Walker during a memorable first appearance in English football.

What a moment for the Dutchman on his debut! He superbly sweeps it home to put Spurs ahead!

Liverpool’s relentless run towards the Premier League title continues with each passing week, but in even more ominous warning for their rivals it looks like Mohamed Salah may just be hitting his goalscoring stride.

The Egyptian international has won the Premier League’s Golden Boot in each of the past two seasons, and moved within three goals of current leader Jamie Vardy with a brace in the win over Southampton.

His first was typical Salah as he raced onto Jordan Henderson’s pass before finishing expertly, before getting a slice of good fortune for the second and his 14th in the league this season.

It’s now five goals in his past six appearances for Salah, who now possesses the best goal-per-game ratio in the club’s history, his average of 0.65 goals-per-game surpassing the great Gordon Hodgson.

If ever there was a game that showed Firmino’s role in this Liverpool team, this was it.

The Brazilian international led the line superbly during the win over Southampton, his link-up play with the onrushing talents of Mohamed Salah and Alex Oxlade-Chamberlain key to his side’s 4-0 victory.

Firmino would provide a hat-trick of assists for the afternoon, showcasing his full repertoire of tricks, flicks and sumptuous skills, including a delightful back-heeled flick into the path of Oxlade-Chamberlain for the opener.

The 28-year-old may not be a prolific goalscorer, but his unique talents are key to the league leaders.