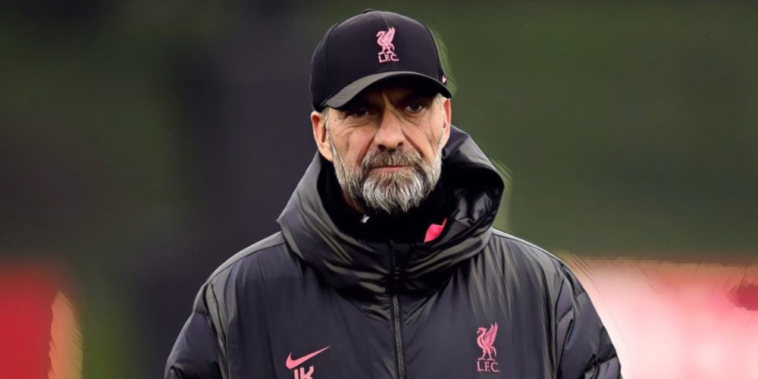 Jurgen Klopp has praised Brighton’s ‘smart’ appointment of Roberto De Zerbi ahead of Liverpool’s clash with the Seagulls this weekend.

Liverpool travel to face Brighton in the Premier League this weekend in search of a positive result to keep their top four hopes alive.

The Reds are seven points adrift of the Champions League places following a 3-1 defeat at Brentford and face a tough test against a Brighton side just one place behind them in the Premier League table.

Liverpool also struggled during an FA Cup draw with Wolves last weekend and Klopp insists that it is important his team get back on track at the Amex Stadium.

“All the games are really important; this is very, very important for us for different reasons,” he told his pre-match press conference.

“We started after the World Cup with two wins, then lost against Brentford and drew a cup game. Results are results but there were parts of performances we didn’t like. We have injury problems but we could have done better and we are working on that.

“This week we have trained well. Brighton deserve respect; nobody underestimates them anymore. They are playing good stuff and are full of confidence. They have no pressure, qualifying for Europe would be massive. We have an opportunity to cause them problems.”

🗣️ “I don’t think so, it’s just the situation that it is. My job is to use the boys we have. You cannot sort all problems in the transfer window.”

The German said he has been impressed with Brighton’s ‘smart’ recruitment, before saying that his side are not the ‘shiniest star’ in the league at the moment.

“They do smart scouting. They have great connections to South America. You cannot develop without smart decisions.

“We have good moments, we are not the shiniest star because we are not playing the kind of football people expect, or we expect. We have to fight through this and we have more problems than other teams.

“It is not easy, but it is the job to do. We don’t compare ourselves with the best version of ourselves. The only thing we have to win is the next game.”

Brighton have shown encouraging signs under Roberto De Zerbi and have scored nine goals in recent wins against Everton and Middlesbrough. The Italian’s first game in charge was the 3-3 draw with Liverpool in October and Klopp believes De Zerbi has proven a shrewd appointment.

“Before, they played Potter-ball, now they play De Zerbi-ball. We saw what he did at Anfield [in his first game],” he said.

“It has worked out pretty well and it was a smart decision from Brighton to bring him in after Graham Potter left. The possession-based philosophy is very similar. Confidence changes everything in football and they are full of confidence.

“It’ll be tough but I’m really looking forward to it.”