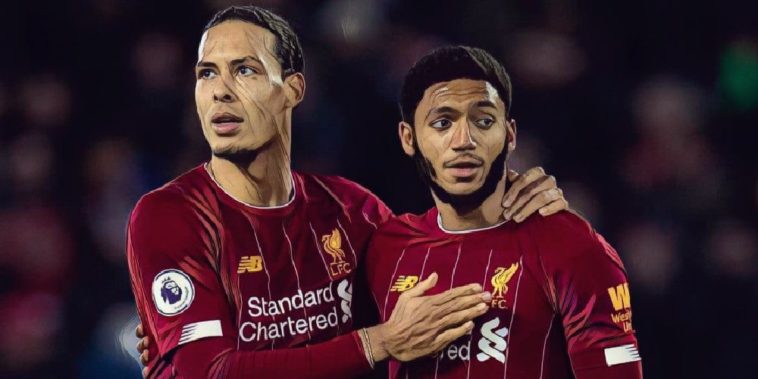 After their dominant title victory last term, the Reds have been a major disappointment this season, with a top-four finish looking an uphill task amid their recent slump.

One key factor in their decline has been the concentration of injuries at the heart of the defence, with Jurgen Klopp having had to use 18 different centre-back partnership’s so far this season, in all competitions.

Liverpool originally lost Van Dijk after a reckless challenge from England number one Jordan Pickford in the Merseyside Derby draw back in October, while fellow centre-back Gomez suffered a knee injury while on England duty back in November.

With third-choice defender Joel Matip also having been ruled out for the season, Klopp’s men are looking particularly thin on the ground in defence, with the hope that they can be fit for the start of next season.

The Reds included Van Dijk and Gomez in the Champions League squad in case of an early return, though the German has now suggested it is that pre-season training is a more likely for the defenders to return.

“We all hope that they (Van Dijk and Gomez) will be ready to start the pre-season with us. That is what we hope,” Klopp said, as per Liverpooolfc.com.

“But we should not forget these are really serious injuries.

“The two of them look at the moment better than Joel does because he is still in something like a ski boot, but he is here as well.

“Joe is starting running, Virgil is already running but this is really a tough one.

“We are completely over the moon when they are ready to train with us for the start of pre-season.”