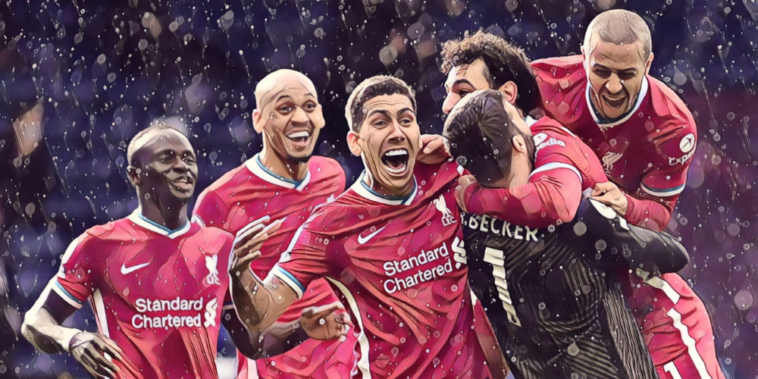 Jurgen Klopp says he has never been ‘in doubt’ over Mohamed Salah’s commitment to Liverpool despite speculation surrounding the forward’s long-term future.

Salah has been tentatively linked with an exit from Liverpool in recent months with a number of leading clubs monitoring his situation, with Paris Saint-Germain, Barcelona and Real Madrid credited amongst the Egyptian’s admirers.

The 28-year-old has enjoyed an excellent individual season and is the Premier League’s joint-leading scorer with 22 goals, as he seeks a third Golden Boot accolade in just four seasons.

Salah’s recent form has helped Liverpool move closer to the top four and Champions League qualification, with the star scoring in vital wins over Manchester United and West Brom over the past week.

Salah was at the forefront of mass team celebrations after goalkeeper Alisson scored an incredible stoppage-time winner at The Hawthorns on Sunday, though Klopp insists he did not need to see the star’s reaction to know his commitment to the Liverpool cause.

“We’re together everyday, so I know how committed Mo is to this team and this club,” Klopp said at his pre-match press conference ahead of the trip to Burnley tomorrow.

“So I don’t need a goal celebration for everyone else to see it.

“For me it is perfectly logical that we celebrate goals like this because he is working his socks off since he is here.

“I was never in doubt about his love for his team-mates or the club – not for one second.”