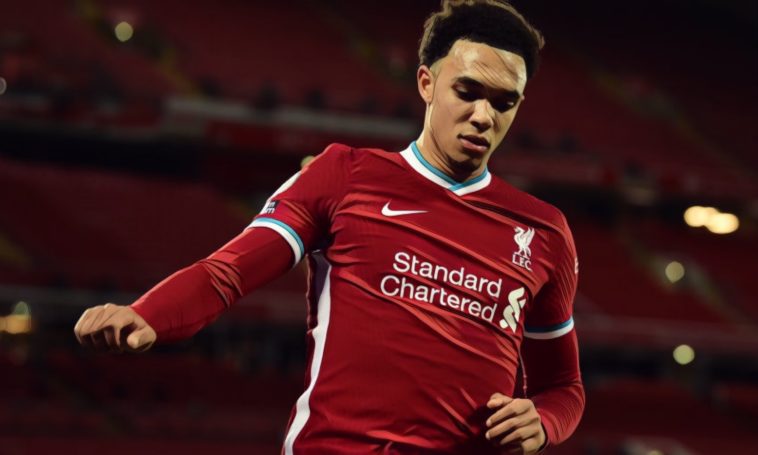 Alexander-Arnold has come in for criticism this season after falling below the standards set over the two previous campaigns, the 22-year-old left out of the England squad for March’s World Cup qualifiers and expected to be left out of Gareth Southgate’s plans for this summer’s European Championship.

The right-back has returned to form in recent weeks, however, and has provided three assists in his past two Premier League appearances, including a brilliant corner delivery for goalkeeper Alisson’s sensational stoppage-time winner against West Brom last weekend.

Speaking at his pre-match press conference ahead of tomorrow’s clash with Burnley, Klopp has praised the defender’s contribution this season.

“He has played a good season I think we have had 20-odd centre-half pairings, which is tricky,” the German coach said.

”He is still a young player and he has had a much bigger part in organising the last line than he had previously.

“It means from a young, world-class talent to a defensive organiser, it’s a step, but he did it well. Long may it continue for us because it’s very important without Trent’s shape, we would be in a different place, definitely.”

Klopp also praised Alexander-Arnold’s delivery for Liverpool’s match-winning moment at The Hawthorns, hailing the defender’s quality at a crucial moment.

“This was a world-class corner – not the first, hopefully not the last,” said Klopp.

“We shouldn’t take these sort of the things for granted. We see brilliant, world-class players in decisive moments, delivering quite average set-pieces – that is quite common in the dying seconds of a game.

“But that corner, that cross, that made the goal happen. Ali only needed to put his head on it. And he did that quite well, as well.”