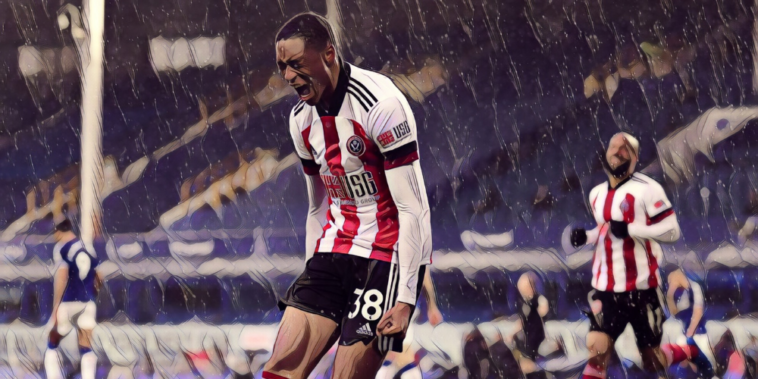 Just when there appeared little left to play for in the Premier League, English football’s top tier served up a weekend of football that included end-to-end thrillers, late drama and a goalscoring goalkeeper.

Manchester City kicked off the weekend’s action by edging Newcastle in a pulsating seven-goal clash at St James Park, whilst Leeds swaggered to a 4-0 win at Burnley and Spurs kept alive their European hopes by beating Wolves.

Right in contention for a top-four finish remain Liverpool, who snatched three points at West Brom after Brazilian shot-stopper Alisson ventured forward to head home a winner in sensational fashion.

Following the latest round of fixtures we’ve picked out some of the division’s leading performers, here are six players who shone this weekend.

Manchester City have been far and away the best team in the Premier League this season, an acheivement made all the more remarkable given their lack of a prolific goalscorer.

Pep Guardiola’s side have instead shared the goals around with the Spaniard having operated for much of the season without a recognised centre-forward, a whole host of names having occupied the false nine position this term.

One player who could yet step into the sizeable Sergio Aguero-shaped vacancy at number nine next season is Ferran Torres, the summer signing from Valencia having enjoyed an encouraging debut season with his best performance to date coming at Newcastle this weekend.

Torres started wide before moving centrally and it is arguably in a more advanced position where he has shone this season, the 21-year-old electric at St James’ Park to score his first Premier League hat-trick.

His first came with a wonderfully improvised flicked finish to guide Ilkay Gundogan’s free-kick beyond the goalkeeper, before showing his predatory qualities with two instinctive finishes to claim the match ball.

Guardiola said post-match that he must now consider Torres as a central striker, a player who had previously scored just six league goals across three seasons in Spain now up to 13 in all competitions for City this season – with a further six in 10 caps at international level.

He leads his City teammates for shooting accuracy and shot conversion this season and could save the club millions in the market if he can continue his rate of improvement.

Alisson’s late, late intervention quite rightly stole the headlines from Liverpool’s win at West Brom, but the performance of Thiago Alcantara will have offered huge encouragement to Jurgen Klopp.

Thiago has endured a difficult debut season since his much heralded arrival from Bayern Munich, a lengthy spell on the sidelines through injury followed by a return to a side struggling for performances.

The Spaniard has failed to live up to his pre-season billing so far but this was a reminder of his undoubted quality, as Thiago orchestrated the midfield as the best player afield at The Hawthorns.

By half-time his four chances created were the same number as the entire West Brom team combined, whilst the 29-year-old finished the clash with a 91% pass accuracy, 96 completed passes, four shots and 10 duels won.

Thiago has perhaps been a little over zealous in his attempt to adapt to the physicality of the Premier League in previous fixtures, but this was a showing of him at his best, picking up possession and seeing pictures others don’t.

Crystal Palace are set for major changes this summer with a wealth of senior players out of contract, a squad overhaul set for the summer with recruitment key to their progress.

The Eagles will hope to secure signings of similar ilk to Eberechi Eze, who has been both excellent and exciting since arriving from second tier Queens Park Rangers last summer.

Eze has adapted brilliantly to the step-up a division and has helped alleviate some of the pressure on Wilfried Zaha, his effortless ability to beat players and create opportunities seeing him attract plenty of attention from defenders.

The 22-year-old was in fine form during Palace’s 3-2 win against Aston Villa, proving a menacing threat and providing the assist for Zaha’s equaliser as the Eagles twice came from behind.

Eze later rattled the crossbar with a dipping effort before seeing his mis-hit shot bundled home by Tyrick Mitchell for the winning goal, taking the midfielder to 10 goal involvements in an impressive first Premier League season.

Another player who has made an impressive step-up from the Championship this season, Jack Harrison has been an important part of a Leeds team heading towards a top-half finish.

Harrison was in sparkling form as Marcelo Bielsa’s side continued their strong recent run of results with a 4-0 thrashing of Burnley, scoring one and providing two more to make it 16 goals and assists combined this season.

No English midfielder has been directly involved in more goals this season than the 24-year-old, whose reported £10m fee at the end of the season looks set to be a bargain for Leeds.

Harrison has spent the past three seasons on loan at Elland Road from Manchester City and has continued on an upward trajectory this season, his improved end product showcased with two perfectly weighted assists for Rodrigo at Burnley.

Just nine players across the division can better his number of goal involvements (8G/8A), his haul of 16 leaving him level with Manchester City superstars Raheem Sterling and Kevin De Bruyne.

Dele Alli’s career appeared to be heading nowhere during Jose Mourinho’s reign as Tottenham manager, the midfielder ostracised in a frustrating period on the sidelines.

Ryan Mason’s appointment as interim manager has provided Alli with another chance at Spurs, with the 25-year-old starting each of the past three Premier League fixtures including this weekend’s win over Wolves.

Alli was bright throughout as Spurs maintained their push for European qualification and whilst still somewhere short of his very best will take encouragement from his latest showing.

Alli’s robbing of Joao Moutinho in possession before timing a defence-splitting pass to perfection for Harry Kane was a reminder of his quality, with the star unfortunate to see his effort hit the post after Kane’s initial attempt also struck the upright.

There were plenty of neat, tidy touches in front of watching England manager Gareth Southgate, though reestablishing himself as an important figure at Spurs will be first on Alli’s agenda as he looks to reignite a career that promised so much before a downturn in fortunes.

On a weekend where several youngsters enjoyed memorable moments, Daniel Jebbison stole the headlines with his match-winning moment on his full Premier League debut.

Jebbison became the youngest player in history to score on their first Premier League start and the youngest to score a goal in the division since Raheem Sterling in 2012, the forward aged just 17 years and 309 days when he scored the winner at Everton on Sunday.

The teenager was on loan at non-league Chorley earlier this season but comfortably handled his top-flight debut, his goal just the highlight of an overall performance that will have attracted attention from elsewhere.

He was on loan at National League North side Chorley earlier this season. 😳 pic.twitter.com/xC3FnKkK0V

Jebbison’s running and movement provided problems throughout and he showed an ability to drop deeper and link the play, whilst his imposing frame belies his age with Manchester United and Borussia Dortmund already linked with a raid.

The Blades will hope to hold onto the services of a player who showed a glimpse of his potential this weekend, as the Premier League’s bottom club gear up for a gruelling Championship season next term.