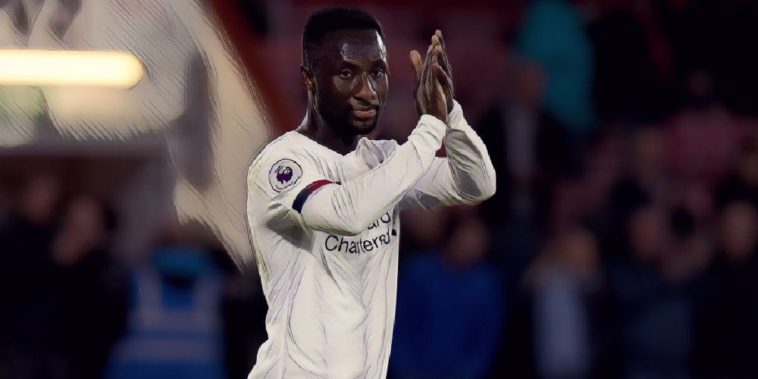 Jurgen Klopp insists he was ‘never in doubt’ about Naby Keita’s quality following the midfielder’s impressive performance in Liverpool’s win at Bournemouth this weekend.

The Guinea international has endured a frustrating beginning to his Liverpool career since his highly anticipated £52m move from Red Bull Leipzig in 2018, a succession of injuries having hampered his progress and limiting the 24-year-old’s impact.

Having returned to full fitness though, Keita was handed a rare opportunity against Bournemouth as the league leaders secured a 3-0 victory over Eddie Howe’s side to maintain their eight-point lead at the top of the Premier League, the central midfielder scoring one and setting up another to provide a timely reminder of his abilities.

Despite a frustrating period on the sidelines, Klopp insists he was never in doubt about the quality of Keita, the German now hopeful that the midfielder can kick-start his Anfield career with a consistent run of performances.

“Naby had injuries, the team is in really good shape, so then do you change?” said Klopp at his post-match press conference.

“We are not flying, it’s not like we won all of the games 4-0, or 5-0, so we had to bring on a player who helps us with defending set-pieces.

“Then Naby is sitting outside thinking, ‘why don’t I play?’ I get all that. So we stayed in contact, we talked and we spoke a lot about it.

“But in the end, of course, a player needs to have this evidence that the manager still believes in you. I was never in doubt about that.

“It was just unlucky and in life, you need luck always. He started [his Liverpool career] really well – everybody forgot that – then got injured. And again we had two really good seasons.

“[I was] never in doubt about his quality.”

Liverpool return to action in the Champions League this week when they face another of Keita’s former clubs, Red Bull Salzburg, tomorrow night. The holders currently sit top of Group E, though they must avoid defeat to the Austrian side be sure of their place in the knock-out stages.