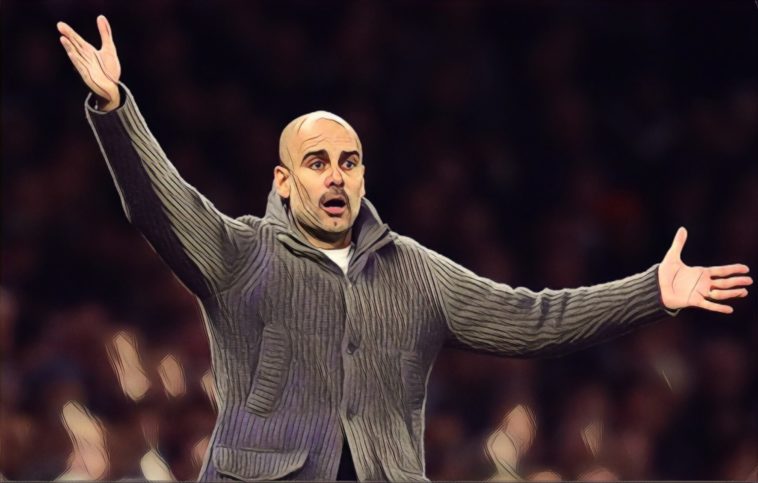 Pep Guardiola has made the surprise admission that Manchester City can’t compete with Europe’s leading sides following their derby defeat to Manchester United this weekend.

The Premier League champions were condemned to a fourth league defeat of the season at the Etihad on Saturday evening, goals from Marcus Rashford and Anthony Martial securing victory for Ole Gunnar Solskjaer’s side and leaving Man City 14 points adrift of league leaders Liverpool.

Following the defeat, Guardiola said that his side are unable to compete Europes biggest sides such as Liverpool, Barcelona, Real Madrid, and Juventus, though surprisingly also namechecking Manchester United, despite the clubs ongoing struggles.

Man City have now dropped as many points in 16 Premier League games this season as they did in 38 games last season.

“That is the level we face, against Liverpool, United, Barcelona, Madrid, Juventus – they are the teams we have to face and the reality is maybe we are not able now to compete with them.

“We have to improve and accept it and move forward. Maybe we need to live that as a club to improve, to accept the reality now and improve.”

Guardiola accepts his side face a hugely difficult task to retain the title, but insisted that City will continue fighting on all fronts as they bid to bring further silverware to the Etihad.

“The reality is we are 14 points behind for the mistakes we have done, for the quality of our opponents and especially, as well, the things we cannot control. That is the reality but we have to continue,” he added.

“We are at the beginning of December and we have other competitions to play in and other games to fight and improve on.

“Maybe this is going to help us for the future so we need to live this as a club to be better.

“We are trying to win games, to win the next one.”