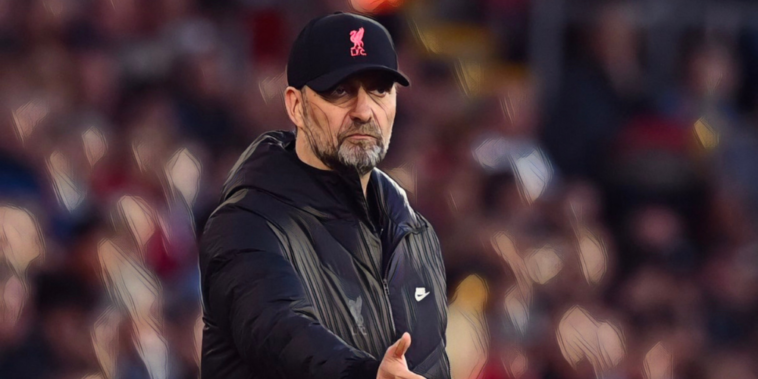 Jurgen Klopp believes Liverpool will face ‘the best team in the world’ when the Reds take on Manchester City at Anfield.

Last season’s top two go head-to-head on Merseyside this weekend in a huge fixture for both clubs. Liverpool have had a difficult start to the season and are tenth in the Premier League, having won just two of their opening eight games ahead of the visit of Pep Guardiola’s side.

City are second and unbeaten in the Premier League this season, as the club look to continue their dominance of the division and win a fifth league title in just six seasons.

Liverpool have been City’s closest challengers in recent campaigns and are the only team to have broken up the stranglehold of Guardiola’s side on the title since 2018. However, the Reds will begin Sunday’s showdown a huge 13 points behind the champions and Klopp admits his team face ‘the biggest challenge’ in football this weekend.

“When you play City, results left and right [before and after] are not really important because this game requires all your focus, all the things you know about football,” Klopp told his pre-match press conference.

“I enjoy preparing for the game but it is the biggest challenge you can face in football.

“With City, if you can close them down here, they are there, close down that gap, you open up that gap, so always a challenge.

“But it’s a home game, Anfield, us against Man City, they are at the moment the best team in the world but we will give it a try, knowing we can get help from a full Anfield and we will try to use that.”