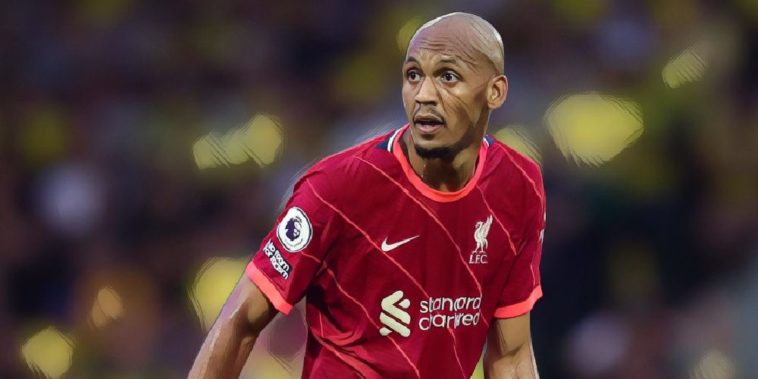 Jurgen Klopp has confirmed that Thiago Alcantara and Fabinho are in contention for Liverpool’s Champions League clash with Atletico Madrid tomorrow evening, but Naby Keita is out with a hamstring injury.

Liverpool host the Spanish champions on Wednesday night looking to maintain their 100% record in this season’s group stages, the Reds in the knowledge that victory tomorrow will ensure their passage to the last 16.

Klopp’s side beat Atletico 3-2 in an entertaining reverse fixture two weeks ago and the German’s midfield options have been boosted following the returns of Thiago and Fabinho to first-team training.

However, Klopp confirmed that Naby Keita will miss the visit of Atletico and will be absent for ‘a while’, the midfielder having been substituted during the first half of Saturday’s 2-2 draw with Brighton with a hamstring injury.

“Naby has a hamstring injury so will be out for a while,” Klopp told his pre-match press conference.

“Apart from that, Millie [James Milner] it’s clear [he won’t be involved] and the others who are out long-term will be out as well.

“Fabinho and Thiago trained completely normally and are in contention, which is good obviously. It’s very helpful and so we will see.

“Injuries [in this] period of the season are completely normal, as long as they are not too harsh we have to accept that. The players will be back, hopefully soon, and then they are in contention again as well.

“But for tomorrow only the fit players, obviously.”