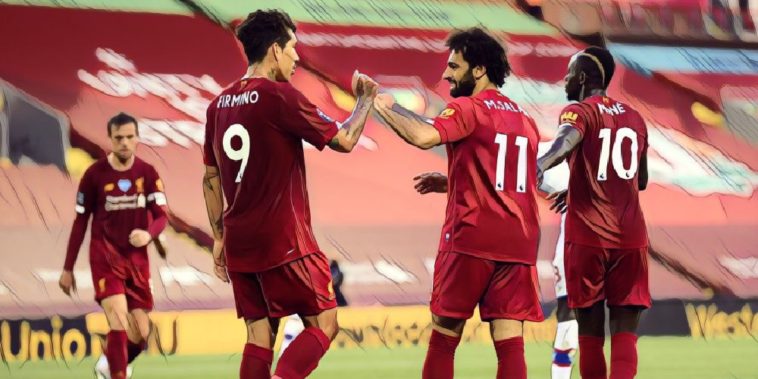 Jurgen Klopp has hailed Liverpool’s performance as ‘incredible’ as the league leaders moved within two points of the title with an emphatic 4-0 victory over Crystal Palace.

The coronation of Klopp’s side could happen as early as tomorrow evening should second-placed Manchester City fail to win at Chelsea, and the German expressed his delight at seeing the club move ever closer to a first league title in three decades.

“Imagine if this stadium would have been full today and all the people could have experienced it live,” Klopp told Sky Sports. “I don’t think the game could have been better because my boys played like everybody was in the stadium. The atmosphere on the pitch was incredible.

“[Before the restart] I said I would like to see the best games behind closed doors ever because, hopefully, we won’t have to see them again. That was the best counter-pressing game I have ever seen. Palace didn’t change their approach but we felt free.

“We tried hard to tell the boys how good the Everton game was apart from the last third. Today was a reaction and I liked the game so much. 4-0 up in the 87th minute and four players chasing one Crystal Palace player like it’s the only ball in the world, I like it so much, wonderful result and a wonderful game.

“The boys are in good shape and in a good mood and it was important we showed our supporters we are still here and we do not want to wait.”

If Man City beat Chelsea at Stamford Bridge, Liverpool could claim the title in their next fixture when they travel to face Pep Guardiola’s side next Thursday, the fixture scheduled to take place at the Etihad but under review at present amid safety concerns.