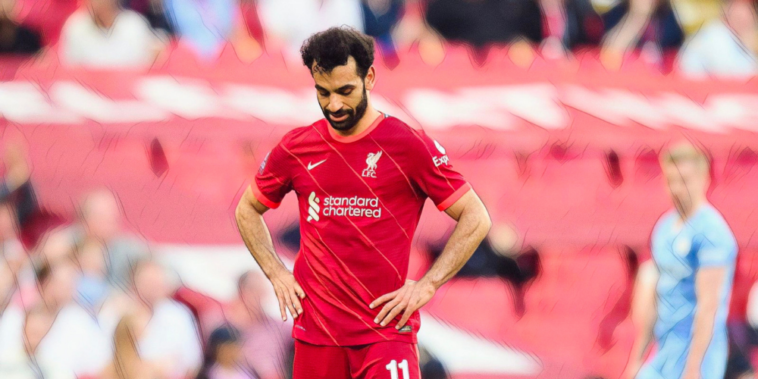 Jurgen Klopp says it is a ‘question of time’ before Mohamed Salah rediscovers his goalscoring form for Liverpool after a ‘normal’ spell.

Salah is the leading scorer in the Premier League this season with 20 goals, but has scored just once in his last nine games across all competitions.

The Egyptian will hope to return to form when Liverpool take on Manchester United on Tuesday, having scored a hat-trick in the Reds’ 5-0 win at Old Trafford earlier in the season.

Klopp insists he has no concerns regarding Salah’s recent lack of goals and insists it is a matter of time before the 29-year-old rediscovers his form around goal.

“It is a completely normal spell that Mo is going through. We spoke about all the physical demands he faced in the last few months. So, it is completely normal. I liked the game against City a lot, he played a really, really good football game,” Klopp told his pre-match press conference.

“It is only a question of time when he will score as well. Unlucky in these little moments; we all know if you don’t have a luck as a striker then you don’t even try. It was close enough now for a couple of times and the moment will definitely come. I am really happy with the performance he showed a few days ago.

Klopp said that he has done nothing differently with Salah in an attempt to end his lack of goals, insisting there is ‘no need for a talk’ in a bid to address the forward’s form.

“No, not really. I see him more often in training than I see him in games, and we play every three days. You have a look at it and I have to make a decision if there is a need for a talk or not. We had plenty of talks over the time we worked now together but in this specific moment there is no need for it. We talk, but not about the situation you make of it. No, we talk about the normal stuff: what he has to do in the game, what the game plan is and all these kind of things, where we try to expose the opponent. But that is completely individual to all players.”