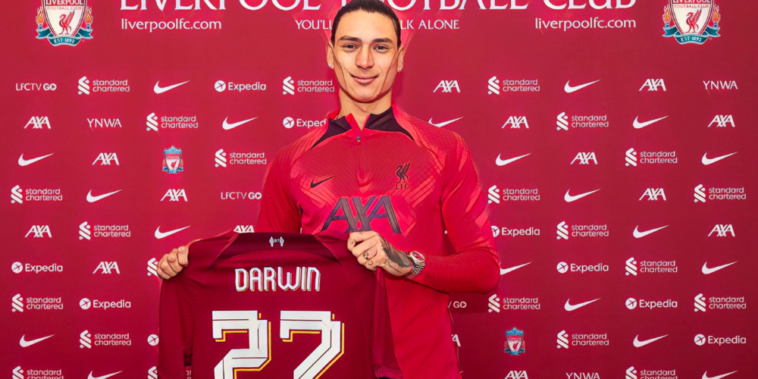 Jurgen Klopp insists Darwin Nunez remains a ‘work in progress’ after Liverpool completed the signing of the Benfica forward.

Nunez has signed a six-year deal at Liverpool after the Reds agreed an initial fee of £64m with Benfica, though the figure could rise to a club record £85m with add-ons.

The Uruguay international scored 34 goals in all competitions for Benfica last season, including netting in both legs of the Portuguese side’s Champions League quarter-final exit to Liverpool.

The 22-year-old will add to the Reds attacking options ahead of the new season, though Klopp has urged for patience with Nunez and says the forward remains a ‘work in progress’.

“It’s important we all recognise we are getting a work in progress with Darwin,” said Klopp.

“He recognises that himself, for sure. I love how much focus and humility he has.

“We have wonderful attacking options already and he becomes part of that now. So there is no pressure on him at all.

“He signs for a very long time and we intend to nurture his talent and see it grow.”