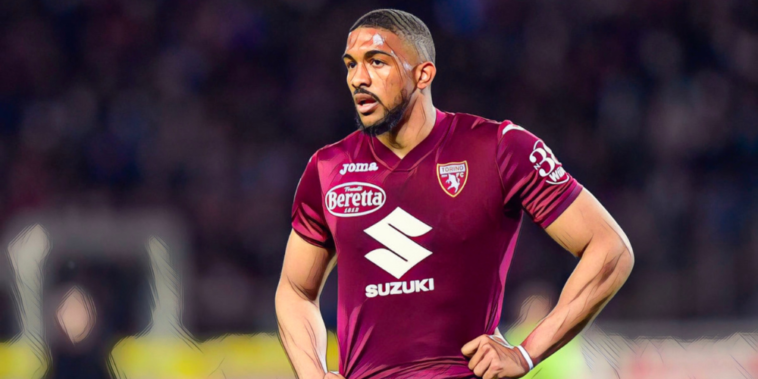 We’ve decided to look at some of the notable names grabbing the headlines right now, looking at five centre-backs who are in high demand this summer.

Burnley’s relegation from the Premier League has led to a mass exodus of senior names, with long-serving defensive duo James Tarkowski and Ben Mee among those to have departed on free transfers.

Tarkowski’s availability on a free has alerted several Premier League clubs and the centre-back has been linked with Everton, Aston Villa and Newcastle since announcing his exit from Turf Moor.

The 29-year-old led the Premier League for aerial duels won among defenders last season and has been among the busier centre-backs in the division across his spell with the Clarets, ranking first for blocked shots and clearances and second for aerials won per 90 since helping Burnley to promotion in 2016.

Everton are set to sign English centre back James Tarkowski on a free, the verbal agreement on personal terms has been reached. 🔵🤝 #EFC

Villa’s signing of Diego Carlos from Sevilla has paved the way for Everton to emerge as front runners and Tarkowski’s arrival on a free transfer will represent shrewd business for Frank Lampard and his recruitment team.

Just four teams conceded more goals than Everton last season – two of which were relegated – and the two-cap England international will add experience and quality to the Toffees backline.

Pau Torres turned down offers from across Europe last summer to remain with Villarreal, having helped his boyhood side to Europa League success in 2020/21.

His decision was vindicated after a run to the Champions League semi-finals under Unai Emery, though another strong season has once again piqued the interest of the continent’s elite.

Villarreal’s seventh-place finish could now see the Spanish side cash in on their prized possession and there are a host of Premier League clubs understood to be interested in Torres.

Chelsea – who have seen Andreas Christensen and Antonio Rudiger depart on free transfers – have been credited with an interest, whilst both Tottenham and Manchester United are believed to be admirers and are in search of centre-back additions.

Spurs are rumoured to have held discussions over a potential swap-deal involving Giovani Lo Celso, who spent last season on loan at Villarreal from the North London side.

Torres’ natural left foot and ball-carrying ability would make him ideally suited to the back three system of Antonio Conte, who is overseeing mass changes at Spurs this summer.

Sven Botman is another name who has been linked with several Premier League clubs with the defender having excelled since swapping Jong Ajax for Lille.

The Dutch defender impressed as Lille were crowned champions of Ligue 1 in 2020/21 and has enjoyed another strong season for the French side, increasing links to the likes of Newcastle and Manchester United.

Botman had been expected to sign for AC Milan this summer after Newcastle saw an approach rejected during the winter window, but a reluctance from the Rossoneri to meet his asking price has allowed cash-rich Premier League clubs back into the race.

Newcastle are pushing to sign Sven Botman as soon as possible. Talks entering into key stages with Lille, AC Milan still in the race but NUFC are now advancing. 🇳🇱 #NUFC

Newcastle’s new sporting director, Dan Ashworth, was allegedly in attendance to watch Botman during the Netherlands u21’s clash with Wales u21 last weekend and is believed to be in negotiations over a potential £32m deal for the 22-year-old.

Chelsea are the front runners to sign Jules Kounde this summer as Thomas Tuchel looks to reshape his backline at Stamford Bridge.

The exits of Andreas Christensen and Antonio Rudiger, alongside the uncertain future of Cesar Azpilicueta, has made the signing of at least one new centre-back a priority this summer for the west Londoners.

Chelsea were interested in a deal to sign Kounde last summer but saw a move fail to materialise after Sevilla altered their demands, though are believed to be set to return with renewed interest and intent.

Kounde has expressed a desire to leave Sevilla in search of a new challenge and Chelsea are hopeful of prising the France international from Andalusia, with a figure of around €65m mooted.

Sevilla chief Jose Maria Cruz has admitted that Kounde is keen to leave the Spanish side this summer with the 23-year-old ready to test himself at a higher level.

“He is happy with us. In the case of Kounde, it is not a matter of money. It’s a matter of him wanting to play in a more competitive team than Sevilla,” Cruz said, a per Sporting Witness.

“I am sure he is a player that is attractive for teams like Chelsea, Barcelona, Bayern Munich and these types of teams. He wants to play in a more competitive team.”

Gleisor Bremer’s reputation continues to enhance in Serie A, with the Torino centre-back named as the division’s best defender for the 2021/22 campaign.

Bremer has been a colossal presence for a Torino side who ended the season with the best defensive record outside the Champions League places, conceding just 41 goals despite finishing the season tenth in Italy.

You can expect Gleison Bremer to be the subject of plenty of transfer speculation this Summer. ⛔️ pic.twitter.com/5QWeWxmqSW

The Brazilian’s performances were recognised after winning the best defender accolade and Tottenham are believed to be interested in uniting the 25-year-old with the previous winner of the award, Cristian Romero.

Chelsea are also said to be monitoring Bremer ahead of a potential €40m move this summer, whilst Inter Milan are keen on a deal after relinquishing their status as Italian champions in 2021/22.