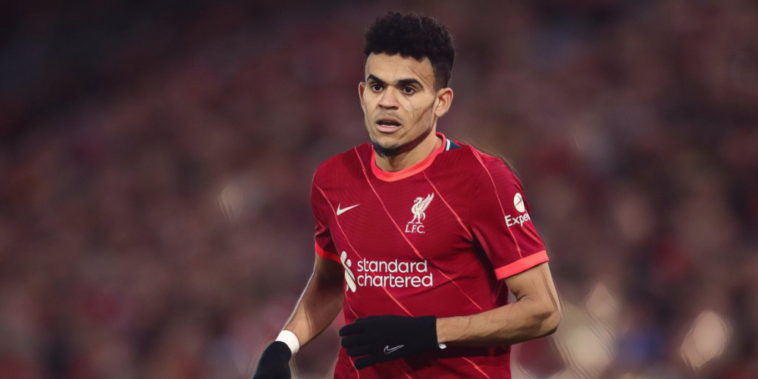 Jurgen Klopp has hailed the immediate impact Luis Diaz has made at Liverpool, following the winger’s January arrival from Porto.

The Colombia international signed for Liverpool in a deal worth an initial €45 million (£37.5 million) during the winter window and has hit the ground running in the Premier League, featuring in all but one of the Reds games across all competitions.

Diaz has scored twice in 12 appearances for Liverpool so far, but his all-round performances have raised excitement levels at Anfield and handed the club a major boost in the Premier League title race.

Klopp has been delighted at the impact of the winter arrival and says Diaz’s quick-fire adaptation to the demands of English football are close to a ‘miracle’.

“You don’t expect miracles immediately from these kind of players,” Klopp told Sky Sports. “But he is not far away from doing exactly that. Long may it continue.”

Liverpool were believed to have the signing of Diaz on their agenda for the summer, but interest from Tottenham saw the Reds bring forward their interest.

The winger’s arrival has increased the club’s attacking options as Liverpool continue to compete on multiple fronts and Klopp has been impressed with the confidence the Colombian has displayed since his arrival.

“Every coach would say the same about a January signing. You do it, but if you could, you would do it in the summer,” Klopp said.

“With Luis, where it has been really special is that when we saw him we knew that he would fit in immediately. That is really difficult usually but because he did not have to change, that is why we have a really confident boy here.

“He was in a really good moment with Porto, playing good for Colombia, and so he came here full of confidence. But what we tried to make sure is that he does not lose that because of the playbook as we tell him that he has to do this and he has to do that.

“We want him to be natural.”