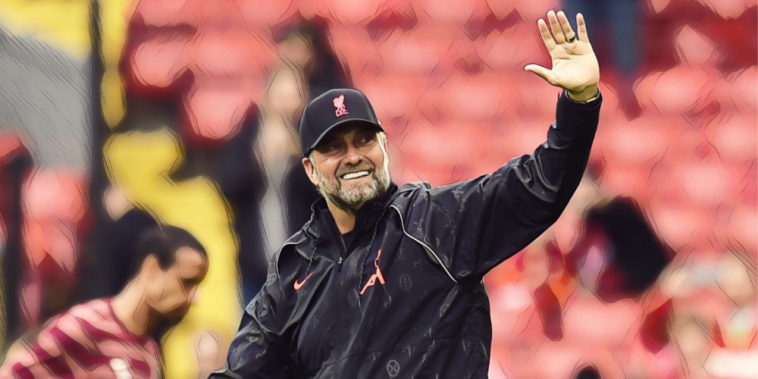 Jurgen Klopp has provided an injury update on his Liverpool squad and has warned his side face one of the ‘trickiest games in the Premier League’ against Brighton this weekend.

Liverpool host Brighton in the Premier League tomorrow looking to continue their unbeaten start to the campaign, the Reds having been in fine form in recent weeks after successive 5-0 wins against Watford and Manchester United.

Klopp is anticipating a difficult encounter as the Seagulls visit Anfield, however, praising the work of Graham Potter at the Amex Stadium and warning his side must be at their ‘absolute best’ to secure a positive result.

“Tomorrow is one of trickiest games in Premier League because of work Graham [Potter] is doing at Brighton and the way they play,” Klopp told his pre-match press conference.

“There is no game you can take a little bit easy, you always have to be at your absolute best.”

“I am not sure if you saw Brighton v Manchester City game. It looks from score, it’s a clear win but there were two goals that were counter-attacks, possession, it was 52% to 48%.

“Brighton play football, a real threat, try to create and defend well. They have not scored a lot but don’t concede a lot. I saw the second half as well and they were incredible, to keep the ball and pass like they did against City is a really hard thing to do.

“We lost the last game here against Brighton, so that is another warning but the big difference is Anfield will be packed to help.

🗣 "We all know that it change pretty quickly."

Jurgen Klopp on the high standards of the Premier League with Liverpool not in first place after their performances pic.twitter.com/27N9y4iLqb

“That helps us usually. We have to be really good and we need people with the right understanding because they will have their moments. We need to be spot on defensively and with the ball as well.

“I could not respect more what he is doing there. He is a top-class manager.”

Klopp revealed that Naby Keita is fit to return despite being stretched off during the win at Manchester United last weekend, the midfielder on the receiving end of a red-card challenge from Paul Pogba.

James Milner is out with a hamstring injury and Fabinho is expected to miss out once again as Liverpool’s midfield options are stretched, whilst Thiago Alcantata is not quite ready for a return despite resuming training.

“We were all surprised but obviously he was lucky. I think he’s ready. Fabinho doesn’t look that good, it’s complicated not too complicated. But it is likely to keep him out again.

“I still wait for the last news but he is not in team training yet which is not a good sign.

“Thiago trained in the whole session, but that does not mean he is ready to play tomorrow unfortunately.”