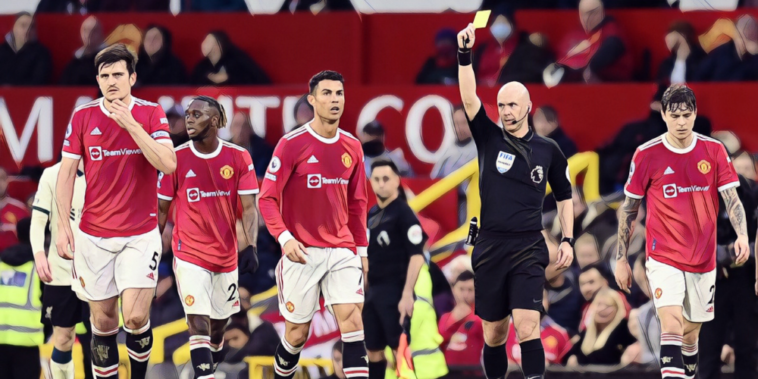 The weekend’s fixtures see Manchester United travel to face Tottenham with the axe looming over Ole Gunnar Solskjaer, the Norwegian under huge pressure following a four-game winless run and last weekend’s 5-0 thrashing at the hands of Liverpool.

Newcastle face a fight to end their winless start to the season against leaders Chelsea, whilst Liverpool and Manchester City will be hoping to maintain the pressure on the west Londoners with wins against Brighton and Crystal Palace respectively.

Elsewhere, four sides near the bottom face off as Watford meet Southampton and Norwich host Leeds, each eyeing this weekend’s fixtures as a chance to gain valuable points in the battle to beat the drop.

All eyes will be on the Manchester United reaction this weekend, as the Red Devils travel to face Spurs following one of the most chastening performances in their history.

Last weekend’s 5-0 defeat to Liverpool has made the pressure on Ole Gunnar Solskjaer’s position almost intolerable, with perhaps only a lack of obvious candidates to replace the Norwegian having saved him from the sack so far.

United have been nothing short of awful in recent weeks with their Liverpool capitulation as bad as it gets and Solskjaer must now make the right decisions if he is to remain in charge at Old Trafford.

The decision from main part of Manchester United board is now confirmed/approved. My understanding is Ole Gunnar Solskjær will definitely be in charge for Tottenham game on Saturday 🔴 #MUFC

Ferguson supported him. Ole also spoke to players today. Next games will be crucial. pic.twitter.com/rx7TrnMw5K

Harry Maguire and Luke Shaw were dreadful last weekend and have fallen way below their usual standards of late, is now the time for Solskjaer to be brave and provide opportunities to those who have been overlooked?

Raphael Varane’s return to training is a huge boost ahead of the trip to North London, whilst the Norwegian should also consider a recall for Jesse Lingard, a footballer who at the very least will provide the energy and application sorely lacking last weekend.

Solskjaer’s job may just hinge on how his side bounce back in the capital.

Leicester v Arsenal winner can close in on top four

The indifferent starts to the season for Leicester and Arsenal will have had few envisaging a push towards the top four for either side this season, but as Manchester United stumble and the top three begin to break away both have edged closer towards the Champions League places.

Just three points separate West Ham in fourth and Arsenal in tenth, with Leicester level with the Gunners on 14 points ahead of this weekend’s clash at the King Power Stadium.

Victory in Saturday’s lunchtime kick-off for either side will see them make valuable early ground on a congested pack, whilst the confidence gained from beating a direct competitor could start a run of momentum.

Leicester have won challenging back-to-back fixtures against Manchester United and Brentford and appear to be finding their groove, with James Maddison finding his form behind a host of exciting attacking options and the return of Jonny Evans strengthening the spine.

Arsenal meanwhile are unbeaten in six after last week’s win over Aston Villa at the Emirates, a performance which saw Emile Smith Rowe shine and Thomas Partey underline his importance when fit and available.

The victors this weekend can boost their Champions League chase in what could prove a cracker at the King Power.

Gelhardt to be given his chance?

Leeds have endured a disappointing start to the season and have just one win from nine games, with Marcelo Bielsa’s side requiring a 94th-minute penalty to rescue a draw against Wolves last weekend.

The stoppage-time spot-kick came after substitute Joe Gelhardt was bundled to the ground, the teenager coming off the bench for his Elland Road debut and impressing with his fearless approach.

Leeds capitalised on the financial situation at Wigan to snare the England youth international for a fee of just £700,000 during the summer and after a period of adaptation – working hard to get his fitness up to Bielsa’s notorious standards – Gelhardt has been handed cameo opportunities.

Joe Gelhardt had more touches in the opposition box than any other player in today’s Premier League games (13).

No Leeds player had more shots (3) or shots on target (1), despite him only coming on in the 63rd minute. 👀 pic.twitter.com/QG1f4nffGC

His introduction off the bench turned the tide against Wolves and showed the precocity of the 19-year-old, who found himself in two good goalscoring positions before an enterprising run past two challenges resulted in Leeds’ last-minute penalty.

With Patrick Bamford still sidelined at present, Gelhardt has provided Bielsa with a viable forward option as he looks to breath life into Leeds’ faltering season.

Vieira out to thwart another former side

Crystal Palace were amongst many people’s favourites for relegation this season following mass changes at Selhurst Park, an exodus of senior players and a new manager leading to uncertainty.

Patrick Vieira has done a fine job in terms of recruitment and gelling a new-look side during the season’s opening weeks, with the Eagles’ one win and 15th-place position not reflective of their performances this term.

Palace have drawn each of their past four fixtures but can count themselves unfortunate to have shared the spoils with both Arsenal and Newcastle in recent weeks, with Vieira having frustrated the former during his first return to the Emirates as a manager.

Vieira faces another former side in Manchester City this weekend in arguably the most daunting away trip in Premier League football, but his spirited side will arrive at the Etihad with optimism.

The energy of loanee Conor Gallagher – hugely impressive since arriving from Chelsea – will be crucial to the Eagles’ hopes of a result, as the tireless midfielder looks to give his parent club a boost in the title race.

Hwang’s hot-streak to continue against Everton?

Hwang Hee-Chan has been electric since arriving into the Premier League at Wolves, the forward having scored four goals from just four league starts for Bruno Lages’ side.

The South Korean endured a difficult period at RB Leipzig as he failed to score in 20 league appearances for the Bundesliga side, but he has proven an inspired signing for Wolves and has formed an instant understanding with Raul Jimenez.

Hwang compiled a solid if unspectacular goal record during his time at Red Bull Salzburg, though has been far from a prolific goalscorer at other clubs and at international level.

His past exploits would indicate the 25-year-old is enjoying a purple patch at present, but it is one he will be confident of continuing against an Everton side who conceded five to struggling Watford last weekend.

If Hwang can continue firing Wolves’ climb up the division, the £13m option to buy in his loan agreement will be activated sooner rather than later.

Callum Hudson-Odoi’s career to date has not followed the trajectory predicted following his exciting initial emergence, with the Chelsea winger having struggled to earn the trust of Thomas Tuchel in particular.

The 20-year-old has often featured out of position since the German’s arrival as head coach, but was granted an opportunity in his favoured left-wing berth during last weekend’s 7-0 thrashing of Norwich, scoring one and providing another in an encouraging performance.

Tuchel praised the academy graduate following his showing against the Canaries, but warned Hudson-Odoi he will need to find greater consistency if he is to remain a regular.

This weekend’s trip to Newcastle provides the youngster with another chance to stake his claim in the absence of several senior attacking options and the onus is now on Hudson-Odoi to make himself undroppable.

Can anyone stop Mohamed Salah?

The best player in the Premier League at present, the Egyptian international continued his scintillating start to the season with a hat-trick in Liverpool’s 5-0 thrashing of Manchester United last weekend, extending his club record to 10 consecutive games scored in across all competitions.

His 10 goals are one more than this weekend’s opponents Brighton have managed in total and the task with stopping him could fall to the returning Tariq Lamptey, an unenviable challenge against a player many continue to hail as the world’s best on current form.

David Moyes’ reputation continues to soar at West Ham, with the Scot having done a stellar job since returning for his second spell at the London Stadium.

Last season’s sixth-place finish returned European football to the Hammers, but came alongside pre-season doubts that the club would be unable to juggle their new continental commitments with the Premier League workload, especially given the lack of a recognised alternative to Michail Antonio at centre-forward.

The season may still be in it infancy but West Ham continue to make those doubters look foolish, having risen to fourth in the Premier League with consecutive wins over Everton and Tottenham, in addition to taking maximum points from their three Europa League group stage fixtures.

Add in the ending of Manchester City’s 1,827-day unbeaten record in the League Cup in midweek and the prospect of billionaire investment growing ever closer, these are good times for Moyes and his men who can continue their momentum at Aston Villa this weekend.