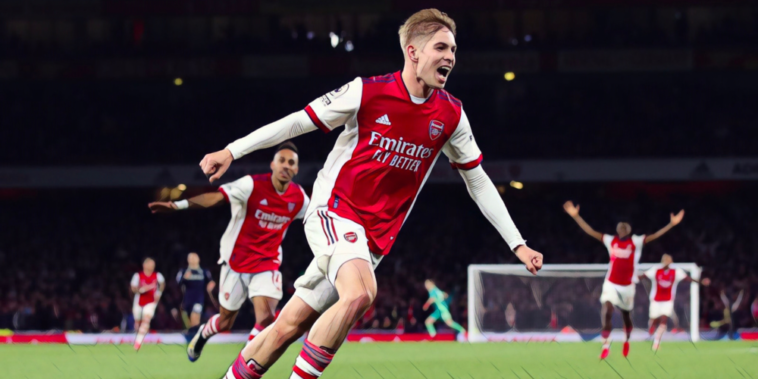 Mikel Arteta has praised Arsenal’s ‘attitude’ in recent weeks ahead of the a ‘tough’ test against Leicester this weekend.

Arsenal have bounced back from a difficult start to the season and are unbeaten in six league fixtures, with the Gunners facing Leicester this weekend knowing a victory in Saturday’s lunchtime kick-off can lift the club to fifth in the division.

Arteta is anticipating a ‘tough’ test at the King Power Stadium against a Leicester side level with Arsenal on 14 points, as both teams seek three points in their pursuit of European football.

“Both teams for sure are going to play to win the game,” Arteta told his pre-match press conference.

“We both know that it’s going to be a tough game. We have some experience against them as well and we’ll just prepare for the game in the best possible way.”

Arsenal have won on both of their past two visits to the King Power Stadium, including a 3-1 win against the Foxes in February.

Arteta discussed what has been behind his side’s recent good record at Leicester and believes his side will need to be at their best tomorrow, praising the work Brendan Rodgers has conducted at the Midlands side.

“I don’t know. Their team has changed. They can play in different formations. There are some principles that they respect really well. I think Brendan has done a tremendous job over there and we’re going to face a team again that can have different faces because of the way they play and it will be difficult.”

Arsenal bounced back from successive draws with an impressive performance to beat Aston Villa last weekend, with the Gunners dominant during a convincing win at the Emirates.

Arteta was pleased with his side’s performance and has praised the energy and attitude of his players, insisting his squad are focused on improving as the north Londoners look to climb the division.

Mikel Arteta looks ahead to facing Leicester City which has seen Arsenal come away with wins at the King Power Stadium in the last couple of trips pic.twitter.com/emwAydFNmU

“I was really pleased with the performance, with the energy that we had, we every intention from the first minute to do what we believed could hurt Villa and we continued like that throughout the game so it’s another step. That game is gone and now the full focus is just on Leicester.

“What I’m really pleased about is that the players are knocking on the door with the right attitude to play and that’s giving us options and just raises the level of the team. I don’t see anybody trying to find excuses why they are not playing or trying to blame somebody when they’re not playing. Just trying to put the best possible work in in training and then talk on the pitch, which is the best way.

“Talking outside of the pitch is really easy because you can always find excuses and blame everybody else. It’s when you have the opportunity now in the moment to talk and show that you can do it and I really like, in many examples, what the players have done when they’ve been in those positions.”

Arteta opted for a change in formation against Villa with Alexandre Lacazette returning to the side, the forward partnering Pierre-Emerick Aubameyang in a two-man attack for the Gunners.

Lacazette impressed on his first Premier League start of the season and Arteta believes it is important that his side are adaptable in terms of formation and personnel.

“We have different options to play with different players who bring different qualities and formations that can adapt to what we want to do in the game or because of the opponent,” he said.

“That’s it, and then scoring goals or not is just a consequence of the amount of chances that we create, but sometimes unfortunately, it’s just about efficiency as well.”