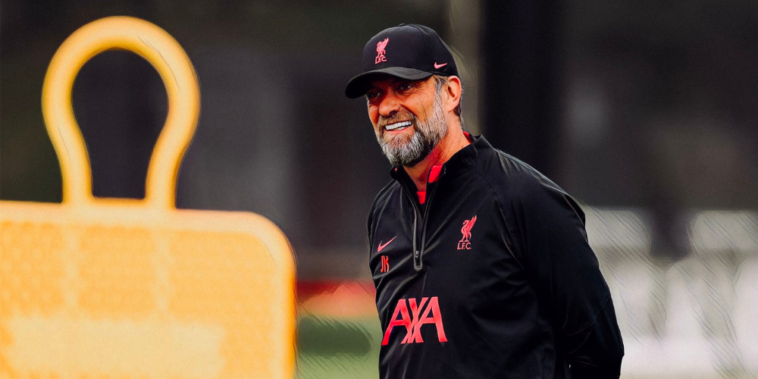 Jurgen Klopp has opened up on the discussions to scrap FA Cup replays as well as speaking about issues with his midfield and front line.

Liverpool begin their defence of the FA Cup at home to Wolves on Saturday evening, with the Reds looking to bounce back from a disappointing defeat at Brentford on Monday.

Ahead of the third round, leading figures are talks over a reformatting of the FA Cup which could include the removal of replays as part of the ‘A new deal for football’ proposals.

Klopp said that he is in favour of reducing the congestion on the calendar and believes alternative solutions should be found to support clubs lower down the pyramid.

“We have to find other solutions,” he told his pre-match press conference.

“The lifelines for small clubs cannot be problems for clubs who play every three days. How often does it happen that a smaller club comes through from this situation?

“Nobody wants to kill smaller clubs; they have the same right to exist as all of us. But we cannot solve the problem by playing more games.”

Ahead of the clash with Wolves, Klopp discussed his intention to field a strong side. Liverpool will be without Virgil van Dijk after he sustained a hamstring injury against Brentford, with the defender’s issue understood to be worse than first feared. Cody Gakpo could make his debut after the winger’s arrival from PSV Eindhoven.

“We played on Monday, now Saturday. We will line up as strong as we can. We always did, but with Monday/Saturday, there will not be a rotation because of different competitions.”

Liverpool’s midfield has been criticised this season and produced another disappointing performance in the defeat at Brentford.

Klopp admitted his team are having issues, but insists that Liverpool’s problems are a result of organisation throughout the entire side.

“It might be a problem. Not so much in the last game. The goals we conceded were from set pieces and counter-attack.

“It is all about organisation, about us doing it collectively in the right manner. It works out most of the time, and if not Alisson makes saves. These situations were always there, even in the best games.”

There has been a notable drop-off in the intensity of Liverpool’s pressing this season, but Klopp refused to lay the blame on his forward line.

“It is my job to make it clear,” he said. “It is not about wanting it, it is about the right timing, that we are together we are compact.

“If things don’t work out, somebody isn’t doing as they should, sometimes one player, sometimes two, sometimes three. It is not conscious.”