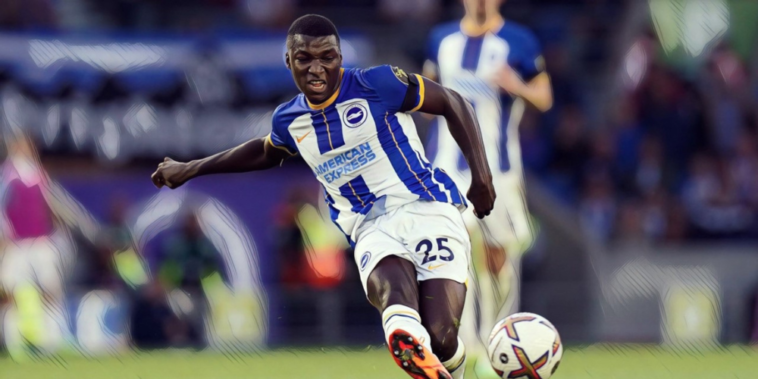 The January transfer window is open for business and Premier League clubs are assessing the transfer market for potential additions this winter.

January provides teams with a chance to take stock and reflect on their season, with recruitment teams across the division deliberating on areas of improvement.

We’ve decided to assess the situation at each of the Premier League’s ‘Big Six’ clubs and offer one realistic suggestion for each side to target in the winter window.

Arsenal’s interest in Mykhaylo Mudryk is no secret, with the Gunners having tabled a second offer for the Shakhtar Donetsk winger after an opening bid was turned down.

Mudryk’s performances this season have attracted interest from a host of Europe’s top clubs with the 21-year-old having produced some scintillating showings for the Ukrainian side. He has ten goals and eight assists in just 18 appearances across all competitions, while his fleet footwork and whirling speed lit up the Champions League’s group stage.

The Ukraine international would not offer a direct replacement for the injured Gabriel Jesus, but his goal threat and menacing speed would improve Arsenal’s options in the final third. His arrival could allow Gabriel Martinelli to move into a more central role, as Arsenal look to maintain their lead at the top of the Premier League.

It’s been almost two decades since the Gunners were last crowned champions of the Premier League, but the current side have a healthy lead and are increasing in belief. Mudryk has the right mix of talent, profile and confidence to make an immediate impact at the Emirates and would join an exciting collection of forward-thinking prospects alongside Martinelli, Bukayo Saka and Emile Smith Rowe.

After several seasons of decline there’s a positive atmosphere around Arsenal, who appear to be building something special under Arteta. The arrival of Mudryk could be the final piece in their title jigsaw, as the Gunners look to hold off defending champions Manchester City during the run-in.

Chelsea have wasted little time in the January transfer window with the Blues among the division’s busiest clubs to date. David Datro Fofana has arrived from Molde, while the club are closing in on the signing of centre-back Benoit Badiashile from Monaco.

Chelsea are also chasing a deal for Benfica midfielder Enzo Fernandez, but perhaps the club’s greatest need is in the final third. Christopher Nkunku is set to arrive from RB Leipzig in the summer, but the west Londoners are in need of additional goal threat across the second half of the campaign.

Graham Potter’s side are the lowest scorers inside the Premier League’s top ten, with Erling Haaland having outscored the Blues singlehandedly so far this season. Joao Felix could represent the perfect maker and taker of chances and appears available after a frustrating period at Atletico Madrid.

While far from prolific during his three-and-a-half seasons in Spanish football, Felix has been shackled under Diego Simeone’s pragmatic football and could prove an ideal solution for Chelsea if unleashed.

A short-term loan deal could suit all parties, as Felix looks to reignite his fortunes. He has the invention to bring a new dimension to the Chelsea attack.

Liverpool’s malfunctioning midfield has been a regular topic discussed this season, with an ageing engine room having been a lead reason behind the Reds’ drop-off in performances.

Jurgen Klopp’s side were once a frenzy of hard-running and gegenpressing, but time has contributed to a malaise that has left Liverpool facing an uphill task to secure Champions League football.

An injection of energy is desperately needed in the Liverpool midfield and Moises Caicedo could be the perfect addition at Anfield. The Ecuadorian’s reputation continues to soar at Brighton following a string of outstanding performances for the Seagulls.

He was excellent as Brighton thrashed Everton this week with a performance of battle and bite, showing his capabilities on both sides of the ball. Intelligent in and out of possession, Caicedo has the mobility to be a perfect counter-presser in Liverpool’s midfield. Too often the Reds have been bypassed this season and a return to their former intensity is required.

Caicedo is tireless, tenacious and the right profile to get better and better in the coming seasons, while Brighton have shown in recent windows their willingness to do business should the right offer arrive. After just one permanent midfield signing in the past four years, Liverpool are in need of an overhaul in the centre of the pitch. Caicedo would be a strong start to the Reds’ rebuild.

Midfield could be the focus of the summer transfer window with doubts over the futures of Ilkay Gundogan and Bernardo Silva, but the club’s top targets – which reportedly include Jude Bellingham – might need to wait until the end of the campaign.

One name who has been linked with a move to the Etihad is AC Milan winger Rafael Leao. The 23-year-old has starred for the Italian giants across the past two seasons and was named as Serie A’s Most Valuable Player following the club’s drought-breaking Scudetto success last season.

💫 After scoring yesterday in AC Milan's 2-1 win over Salernitana, Rafael Leao has 11 goal contributions (7G+4A) in 15 Serie A appearances; no player has registered more this season pic.twitter.com/5S7fpltAYJ

He provided 26 goal involvements during the 2021/22 campaign and has continued that form this season, with eight goals and nine assists in 21 appearances in all competitions this term.

With Riyad Mahrez out of favour and Jack Grealish failing to produce the tangible numbers expected, Leao could prove a fine signing as the Premier League champions look to retain their crown.

Milan will be reluctant to lose the Portugal international mid-season, but a huge offer could prove tempting for a player who has just 18 months remaining on his current deal.

Cristiano Ronaldo’s controversial exit has left Manchester United short of depth at centre-forward, with Erik ten Hag lacking options at the top end of the pitch.

Ten Hag has hinted at additions if the right player is available as the Red Devils look to improve their hopes of a top-four finish and Champions League football. It remains to be seen how much is available to the Dutchman however, following a record outlay of more than £220 million last summer.

Marcus Thuram could offer a cost-efficient option, with the owners perhaps unwilling to spend huge sums on reinforcements with the club up for sale. The France international is out of contract at Borussia Monchengladbach in the summer and is reportedly available for a reduced fee this month.

Marcus Thuram becomes a free agent in the upcoming summer, and that’s why Gladbach are willing to sell him.

The 25-year-old has been in excellent form this season with 13 goals in 17 appearances in all competitions, while he leads the Bundesliga for shots, shots on target, xG and non-penalty xG. Thuram’s form saw him included in the France squad for the 2022 World Cup and he has the right profile to provide a presence to the United side.

Robust, powerful and with pace, he has responded to a difficult 2021/22 season with a career-best campaign at Gladbach. The German side have transformed an underperforming winger into one of the Bundesliga’s best centre-forwards. In form and attainable, he could prove a shrewd signing for whichever club pulls the trigger.

Antonio Conte has made no secret of his desire for reinforcements at Tottenham, insisting that additions are required if the north Londoners are to challenge the Premier League’s top teams.

Right-back and centre-back are areas of concern for Spurs, whose summer recruitment failed to adequately address those issues. Emerson Royal and Matt Doherty have failed to convince, while Conte’s comments that Djed Spence was a ‘club signing’ have proven ominous as the 22-year-old has featured for just 30 minutes across all competitions this season.

Spurs have been linked with a move to sign Denzel Dumfries and the wing-back could prove the perfect addition to Conte’s squad. The Dutch international has forged a reputation as a dynamic presence from wing-back, full of blistering speed and attacking threat.

Last season he scored five goals and provided four assists in 21 league starts for Inter Milan, while he showcased his forward threat with three goal contributions in five World Cup appearances for the Netherlands in Qatar.

Question marks remain over Dumfries defensively, but he appears tailor-made for Conte’s preferred system which is heavily reliant on the contributions from wide players. He could be an explosive option down the right for Spurs, whose current contingent of wing-backs have flattered to deceive.