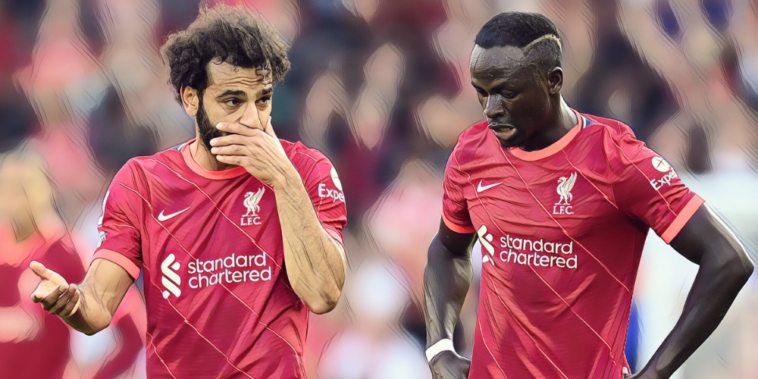 Jurgen Klopp has discussed the ’emotional’ return of Mohamed Salah and Sadio Mane to Liverpool after contrasting fortunes during the international break.

Salah missed a penalty in the shootout as Egypt lost to Mane’s Senegal in their World Cup play-off, having also lost on penalties to his Liverpool teammate in the Africa Cup of Nations final earlier this year.

Salah had lasers shone into his face before his penalty miss and was subjected to abuse and missiles from the Senegalese crowd as his side crashed to defeat.

The 29-year-old has hinted at international retirement following another disappointment with Egypt and Klopp has discussed the contrasting emotions of his players following the drama of their World Cup qualifier.

“I’m really happy for Sadio and I feel for Mo,” Klopp told his pre-match press conference ahead of Liverpool’s clash with Watford.

”I don’t think the situation with lasers in the shootout was cool. It’s different when two mates are in such a big game against each other but they are top professionals.

“Emotional but they will deal with it in the right way. Senegal are the best team in Africa and Egypt took them to the wire twice. That is as close as you can get.

“I am not sure they can see it like this but they cannot get closer.”

Klopp also spoke on the decision to reintroduce five substitutes in the Premier League from next season. Five substitutes were initially introduced in a bid to cope with the Covid-19 pandemic, before English football returned to three replacements.

The German had been an advocate for five substitutes and believes the approval of the change is ‘top news’ for both football and the players.

“It is top news for football and top news for the players. We have all spoken about it, that the games won’t get less.

“With all the things we know we try to help the players as much as we can but the games are always the most intense and everything we could do we should do.”