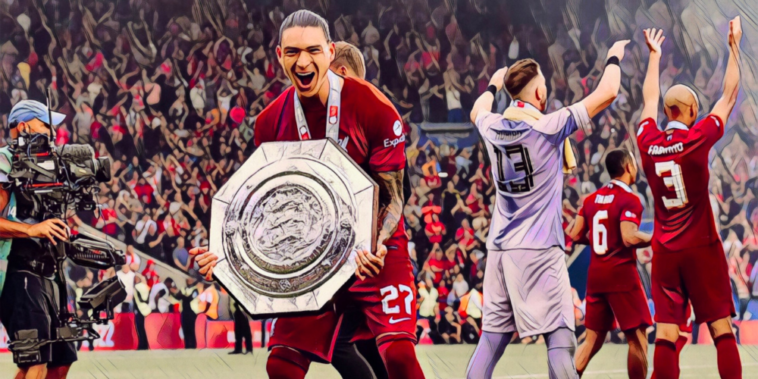 Jurgen Klopp expressed his delight after watching Darwin Nunez come off the bench to score in Liverpool’s Community Shield win over Manchester City.

Liverpool began the new season with silverware in the campaign’s traditional curtain-raiser, securing a 3-1 win over the Premier League champions at the King Power Stadium.

Trent Alexander-Arnold opened the scoring with a curling effort for the Reds, before substitute Julian Alvarez levelled the scores for City. Mohamed Salah’s penalty – conceded following a handball from Ruben Dias – put Liverpool back ahead, before Nunez’s close-range header sealed the win.

Klopp praised the impact of Nunez, who came off the bench to open his account for the club, and has backed the £64m summer signing to continue improving as he adapts to English football.

“They are a special species, strikers,” Klopp said, as per The Guardian.

“Everybody needs little positives and for strikers that means goals or goal involvements. The goal obviously is the icing on the cake so I’m really pleased for him.

“You could see on his face and on the faces of all his teammates how happy the boys are for him. It was clear that he will get better with time.”

Liverpool will begin their Premier League campaign with a trip to face newly-promoted Fulham on August 6.