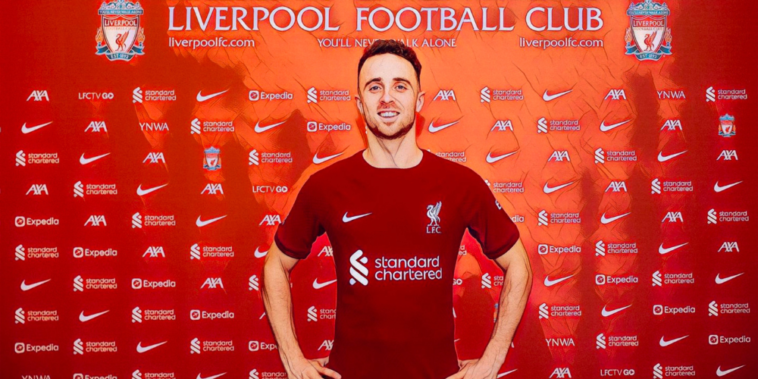 Jurgen Klopp has expressed his delight after Diogo Jota signed a new long-term contract at Liverpool.

The forward has put pen to paper on a new contract that will run until 2027, following an impressive start to his Liverpool career since signing from Wolves in 2020.

Jota has scored 34 goals in 85 appearances across all competitions for the Reds and Klopp described his decision to re-commit his future to the club as ‘brilliant news’.

The Portugal international is the fourth senior star to sign a new deal at Liverpool this summer, following deals for Mohamed Salah and Joe Gomez, alongside James Milner’s one-year contract extension.

“What Diogo has brought to this team and this club since he arrived is there for all to see, so it is really good news that he has signed a new contract,” Klopp told the club’s official website.

“Brilliant, brilliant news, I would say. His qualities are obvious. He scores goals – not a bad quality – he works unbelievably hard for the team, his pressing and counter-pressing are on an unbelievable level, he can play in all of our attacking roles and he has an incredible attitude. Not a bad package. Not bad at all.

“As a striker who can play on the wing, he gives us so many options and since he came to Liverpool he has improved so much.

“I have said before that Diogo is the player we hoped he would be but also a little bit better, so long may this continue.”