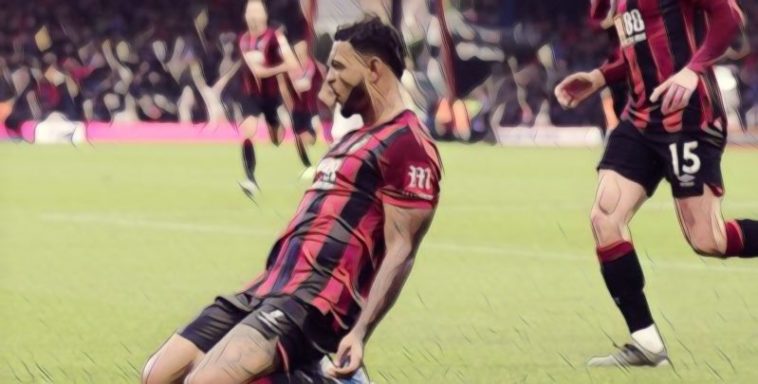 Bournemouth striker Josh King was the matchwinner against his former club, as the Cherries beat Manchester United beat 1-0 today at a wet and windy Vitality Stadium.

Manchester United went into this fixture having won three away games on the trot and started brightly, although a lack of quality in the final third stopped Ole Gunnar Solskjaer’s men from creating any clear cut chances, and as the half went on and the conditions worsened both sides began to cancel each other out.

That all changed on the stroke of half-time though when United academy graduate King took advantage of some questionable defending from Aaron Wan-Bissaka to hook home from close range.

After the teams emerged for the second half it became clear that Bournemouth were happy to try and protect their lead and play on the counter. That, of course, put the onus on United to break them down and aside from substitute Mason Greenwood hitting the post from a tight angle, Solskjaer’s side once again looked devoid of creativity against a team defending deep.

Today ended a run of three games without a goal for the Cherries and King admitted that he was delighted to get the winner, while also reserving praise for his sides defence, who put in an impressive shift.

“You want to score every game and I have been playing a bit wide and left but to get the winning goal was so good,” King told BT Sport.

”I just focused on the goal, didn’t know if anyone was near me but took my time to control it and hit it cleanly.

“We know we can score, in the past our problem was keeping a clean sheet and we have now. The defence were fantastic today. We are always going to score goals, we back ourselves to score. We knew if we got a goal we could go on to win.”