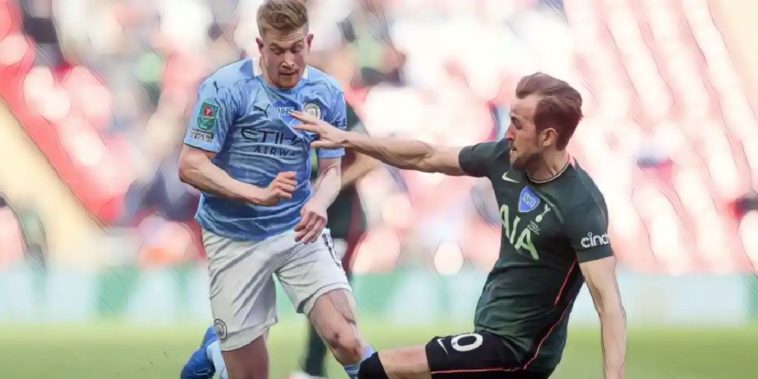 Harry Kane has dropped a hint over his future by admitting he would love to play alongside Manchester City midfielder Kevin De Bruyne.

Kane has expressed his desire to leave Tottenham at the end of the season in a bid to win the silverware that has eluded him in his career to date, both Manchester clubs and Chelsea understood to be interested in signing the England captain.

Spurs are reluctant to lose the forward who has scored 220 goals in 335 appearances since coming through the north Londoners academy ranks, and are in a strong position given that Kane has three years remaining on his current contract.

Recent reports have suggested Manchester City are prepared to outbid rival suitors as they seek to sign Kane as a replacement for the outgoing Sergio Aguero, and the Spurs’ striker’s has admitted that he would love to play with City playmaker, De Bruyne, comments which are only likely to fuel speculation of a move to the Etihad.

Kane described the Belgium international as a ‘special, special player’ and admits the service provided by the midfielder is a ‘striker’s dream’.

“When I watch De Bruyne play, he’s a special, special player and some of the balls I see him put in for City are just a striker’s dream if I’m honest.

“He’s outstanding, an outstanding player with the ball, off the ball, pressing. But his delivery is as good as I’ve ever seen.”

While Kane has been linked with the likes of Real Madrid and a reunion with former Spurs boss Mauricio Pochetino at PSG, he has admitted a move abroad is not thinking about a move abroad.

“Of course there’s always the option of maybe moving abroad one day but I don’t think that really interests me in the near future,” said Kane.